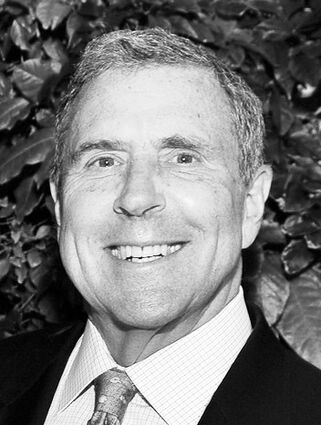 Frederick August Krehbiel, former CEO and co-chairman of Molex Inc., passed away peacefully, with his two sons by his side, at Hinsdale Hospital June 3, 2021, after a brief illness. He was 80.

Fred was born in 1941 near Downers Grove to Margaret (Veeck) and John Krehbiel. As a boy, Fred struggled with dyslexia before it was widely understood. With the help of his teachers at Avery Coonley School, who recognized that he learned differently, he overcame this challenge and developed a lifelong passion for reading and learning. Fred's hero as a child was his uncle Bill Veeck, who at various times owned the Chicago White Sox, the Cleveland Indians and the St. Louis Browns. Fred spent many summers with Bill's family at the ballpark and at their homes in Maryland and New Mexico. Bill helped Fred to develop a can-do attitude, a creative spirit and an ability to connect with people from all walks of life. Fred went on to graduate from Downers Grove North High School in 1959 and Lake Forest College in 1963, with a bachelor's degree in political science.

In 1965, Fred joined Molex, a manufacturer of electronic interconnecting products that was founded by his grandfather. Two years later, in response to inquiries from overseas companies looking to purchase connectors, Fred's father, who was then at the helm of Molex, asked him to start an international division. In its first year, Molex International generated $54,000 in revenue. Over the next four decades, Molex's international operations grew to more than $2 billion in revenue. Molex was one of the first US companies to establish a presence in Japan, and subsequently expanded to Mexico, South America, Europe, China and Southeast Asia. After serving as president of Molex International for much of the 1970s and 1980s, he became CEO in 1988 and subsequently co-chairman along with his brother, John, until Molex was sold to Koch Industries in 2013.

In addition to his career at Molex, Fred founded Ballyfin, an award-winning hotel in Ireland; co-owned MT Sobek, a leading adventure travel company; and owned the sailboat Insatiable, which won the 1989 Chicago to Mackinac Race and represented the United States at the 1987 Admiral's Cup Regatta.

Fred is remembered for his integrity, work ethic, sense of humor, creativity, positive attitude, humility and generosity and his love of travel and Irish art. He was happiest when reading a good biography, playing with his grandchildren, working on his photo albums, or planning the next big adventure with family and friends.

Fred is survived by his wife, Kay; his two sons, Liam (Karen) and Jay (Silvia); five grandchildren, Jack, Morgan, Anthea, August and Adele; his brother, John; and many loving nieces and nephews.

In lieu of flowers, memorials may be made to the Lung Cancer Research Fund at Rush University Medical Center. Contributions can be directed to Rush Office of Philanthropy, 28057 Network Place, Chicago, IL 60673-1280 or online at http://rush.convio.net/FKrehbiel.

Funeral services have been held.