The first issue of The Hinsdalean was published Sept. 28, 2006. This weekly newspaper is dedicated to covering Hinsdale, focusing on the people who live and work here. The founders built the newspaper around the philosophy of community journalism the way it was meant to be. That philosophy recalls simpler times when one newspaper covered one town. The Hinsdalean, which is delivered free each Thursday morning, is the only newspaper that delivers every issue to every home in Hinsdale.

Co-owners Jim Slonoff and Pam Lannom both began their newspaper careers here in Hinsdale at The Doings. Their love of the newspaper field and of this community led them to start The Hinsdalean.

Pam is past president of the West Suburban Chamber of Commerce and Industry and a past president and board member for the Northern Illinois Newspaper Association. She also is the former lay leader and church council chairman at the First United Methodist Church in Western Springs. She and her husband, Dan, live in the western suburbs. She has won national, state and regional writing awards. She earned her master’s degree in literature from American University and holds a bachelor’s in literature from Illinois Wesleyan University.

The Hinsdalean was named the best medium-sized weekly newspaper in Illinois, by the Illinois Press Association, in 2020 and 2021. Since the paper’s beginning, the staff has won more than 200 awards from regional, state and national press associations. 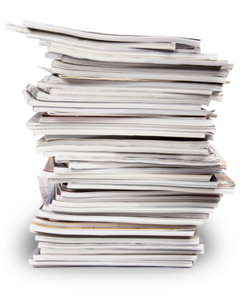