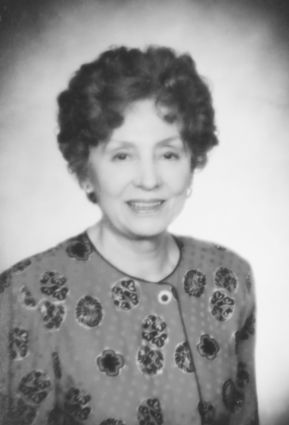 Gerda was born in 1927 to Erich and Maria Wolff, landowners in East Prussia, Provice of Germany. An only child, Gerda grew up at a peaceful time in a beautiful farming area she described as a land of dark forests and crystal-like lakes, home to elk and the famous Trakehner pure breed horses.

At the end of World War II in the winter of 1945, she and her mother fled from advancing Russian troops. Her father had been called to dig ditches to stop the Soviet tanks. Despite a perilous and difficult journey, they managed to get to Hamburg where they had relatives and were reunited.

Gerda entered the University of Hamburg and graduated with a teaching degree. Before starting her career in Germany, she was part of a group chosen by the U.S. Department of Education to spend a year in America studying the education system.

In the U.S. she reconnected with Keith Hoover, an American student she had met when he was studying at the University of Hamburg. They married in 1952 and settled in the Chicago area.

Gerda obtained her certification for teaching in the U.S. and later earned a master's in German literature from Northwestern University. She taught German at Hinsdale Central High School for 22 years and later at Elmhurst College. Gerda enjoyed having her students succeed - nine of her third- and fourth-level students earned all-expense-paid study trips to Germany from the American Association of Teachers of German.

In retirement she participated in community and church activities, but mostly devoted her time to writing, encouraged by her husband. After his death in 2003, she published four books of poems and stories. She continued writing until her death. She also enjoyed painting and gardening.