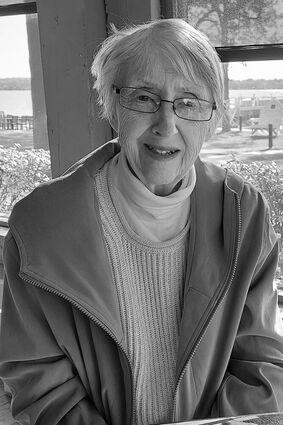 Janice Claire Snyder, 76, a longtime resident of Hinsdale and Golfview Hills, passed away peacefully Dec. 12, 2022, after a long struggle with heart disease and dementia.

Jan was born in 1946 following her father's return from naval duties in the South Pacific during World War II. She was raised on the South Side of Chicago, the oldest of four children, and met her future husband, Jerry, in 1966 on a fix-up date during a fall Notre Dame football weekend. After graduating from St. Mary-of-the-Woods College, she and Jerry married in 1969. Jan was the mother of two, grandmother of nine (with one on the way) and aunt to many.

She was a teacher for 35 years, most recently at Hinsdale Central High School, where she retired in 2015. Jan was one of the founders of Everest Academy in Lemont, and a mentor to innumerable students throughout her career. She was a painter and avid reader who was active in Right-To-Life, prayer and rosary groups. She loved EWTN, FOX & the Sinfonietta and visited 21 countries throughout her lifetime.

Most importantly, Jan made friends feel like family and she always held family close to her heart. For years, she opened her home to family members that needed assistance. Jan was gentle, kind and joyful to all she met. She inherited her life-long acceptance and patience from her father, Jack Keene, who was a double amputee and who never complained about his disability.