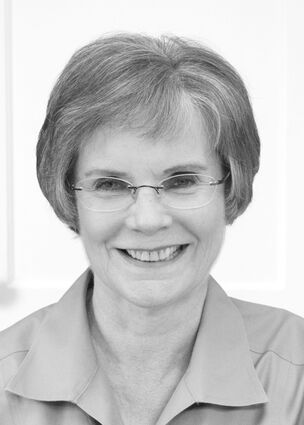 Sally was born and raised in Richmond, Ind. Always a good student, she was the valedictorian of Richmond Senior High School when she graduated in 1963. A month after graduation, she met the man who would become her husband of 58 years.

She joined Sears, Roebuck & Co. in 1984, rising through the ranks over her more than 20-year career to vice president of leadership and organization development. After Sears was sold, she finished her professional career as a consultant with Vantage Leadership Consulting. Once retired, she wrote a series of more than 30 guest columns for the Hinsdalean.

In her final one, she wrote, "In a sense, the combined content of 36 articles serves as fairly comprehensive components (that is, those I was willing to share!) of my autobiography."

Always proud of her children, she particularly enjoyed the year she could say that she had a daughter at (the formerly all-male) Princeton and a son at (the formerly all-female) Vassar. She was a bright, funny, lovely person who was a wonderful friend to many but was most happy at home with her husband and dog, Charlie.

She is survived by her husband, Frederick L. Hartmann of Hinsdale; her daughter, Beth (Adam) Steele; her son, David (Magdalene Crowley) Hartmann; her brother, James (Joette) Fleming; and many other family members.

A gathering to celebrate her life is being planned for the new year.