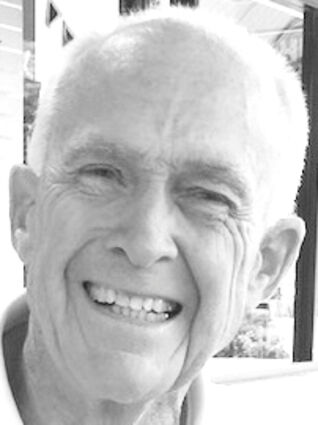 Kenny was born in 1939 in Hardinsburg, Ken., the elder of two children born to Bonnie and Arthur "Brick" Beard. He attended Breckinridge High School in Hardinsburg, where he was salutatorian and later inducted into the Breckenridge County Hall of Fame. Kenny attended the University of Kentucky and graduated with a degree in engineering and an MBA. He enthusiastically played varsity baseball at UK and was a member of Delta Tau Delta Fraternity. Kenny was a loyal and supporting Wildcat alumni until the end.

It is at UK where he saw Susan Caroll Wells walking across campus and the rest is history. He married Susan Wells in 1963 and they were married for 59 years.

Kenny's first job was with the Trane Co. in LaCrosse, Wis. He was then transferred to Louisville, Philadelphia and then onto Chicago in 1971 where he and Susan bought their house in Oak Brook. It was then that he decided to start his own company, Midwest Trane, later known as Midwest Mechanical, Inc. He sold it in 1999 to Unicom and proudly purchased it back, carrying on the Midwest Mechanical name.

Kenny was extremely active and loved volunteering his time. He was involved in Wellness House from its inception and was a lifetime trustee. He was a member of the Oak Brook Plan Commission, the Hinsdale Hospital Foundation Board, the Harris Bank Hinsdale Board of Directors (1985-2004), Retail Properties of America Inc. Board, the Chicago Economic Club, The Valley Club of Montecito, the Hinsdale Golf Club, Butler National Golf Club and Salt Creek Club.

Kenny's greatest passion was his family, friends and business relationships. He was an avid competitor on the tennis court and golf course. His claim to fame was winning the Bring-A-Ringer event at Salt Creek Club six times.

He was also a die-hard Cubs fan. Kenny's conservative views and family values were ingrained in his support for politicians sharing those views, and he always loved a good discussion.

He is survived by his wife, Susan; his daughters, Kim, Paige and Shannon; his grandchildren, Margot, Wells, Megan, Ashley, Taylor and Chloe; his two nephews, Swain (Ginger) Beard and Chris (Heather) Beard; their children, Bryce, Wes, MarySwain, Olivia and Camden; and his extended family of Kitty Beard, Jane and Ted Nelson.

He is preceded in death by his brother, Buzz Beard.

A private burial and a celebration of life will take place in the future.