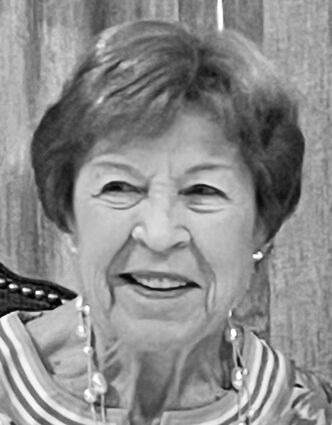 She was born in 1935 in Chicago, the eldest of seven children born to Fred and Lillie Sievers. She attended Calumet High School and graduated from Beloit College, where she was a proud Delta Gamma. While at Beloit she went on a blind date with Howard Jones. According to family lore, they only went out once as each claims that the other was "too wild" for them. They met again a few years later while standing up in the same wedding and sparks flew. They were engaged on July 4, 1959, in the backyard of their dear friends Pat and Don Hindman. They were married on April 23, 1960 and started a 62-year love affair.

Barbara taught third and fourth grades in Elmhurst before she and Howard welcomed two children - Karen and Scott - and Barbara became very active in her community. Through the years she served as the president of the Robert Crown Auxiliary and Hinsdale Assembly, member of the Hinsdale Hospital President's Circle, a long-time Board Member of King-Bruwaert House, a Wellness House Volunteer, The Community House Antique Show Committee, Village Associates, Collectors Club, Ladies Golf at the Hinsdale Golf Club and was very active at Hinsdale Covenant Church, serving in many roles.

Barbara and Howard were avid travelers and explored locations around the world, visiting five continents.

Besides travel, she also loved to entertain and was always welcoming friends and family into her home here in Hinsdale and in Deer Valley.

She played tennis, golf and was an excellent bridge player. Her math skills made her a tough bridge opponent and kept her checkbook balanced to the penny. And as many Hinsdaleans know, she was Kramer's most loyal customer.

She is survived by her husband, Howard; her daughter, Karen (Matt) Fiascone; her son, Scott (Susie) Jones; and her grandchildren, Austin (fiancée Rachael), Regan, Meghan and Ryan.