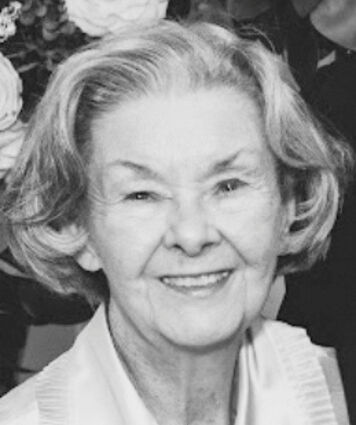 Theresa was heavily involved in the community, leading by example with a fierce determination and an instinct to help when she saw a need. She was an incredible advocate for higher education and was so proud that all five of her children earned at least one degree. She earned her bachelor's degree in her 50s and her master's degree in her 60s, taking one class at a time while working full-time. She even studied in Rome for a month.

At 4'11", she was fearless and was happiest when traveling the world, which she did extensively. She was a gracious hostess (chafing dishes, anyone?) and never missed a party. She was a voracious volunteer, could be found at every church event, and was recently named "Volunteer of the Year" for the Hinsdale Chapter of the Lyric Opera. She also spent many years involved with AAUW. After retiring at 83, she volunteered to help first-graders read.

She was full of energy and elegance to the end, and was an example to all of a life fully lived.

She was preceded in death by her husband, Donald Joseph Coghlan; and her sister, Mary Jean Mora.

A funeral Mass will follow at 10 a.m. at the church. The service also will be livestreamed at https://www.streamingservicenow.com.

In lieu of flowers, memorials may be made online to the American Association of University of Women at https://www.aauw.org are appreciated.