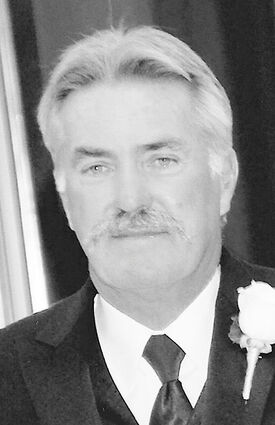 Paul was born and raised in Chicago. He graduated from Hinsdale High School in 1967 and worked for Merrill Printing (a subsidiary of the Chicago Tribune) for more than 10 years, where he met his true love, Liz. They were married in September 1977.

Determined to move to California, they settled into Monterey in 1978 after falling in love with Big Sur. They moved into their family home in August 1985, where they raised their two children and resided until early January 2022.

Paul loved spending time outdoors, so it was only natural that he became a landscape contractor in the early 1980s until he retired. He truly enjoyed his career and his clients, who became family. He was a social butterfly and loved to tell stories to anyone who would listen. He also had a passion for animals and was known to rescue a cat - or two. He loved all sports and especially enjoyed watching baseball and hockey games in person. Late in life, he picked up building and flying model RC planes, which was his life-long passion. Some of his favorite times were spent out at the flying field with his RC Bee's flying club.

Paul was beyond generous and kind, and everyone who encountered him could feel just how special he was. He was always very positive and truly loved life. He will be missed dearly and always remembered.

Paul was preceded in death by his parents, Robert and Mary Therese Johnson; and his sister, Margaret Johnson.

He is survived by his wife, Liz Johnson; his son, Chaz Johnson; his daughter, Kelly (Christopher) Johnson-Newton; and his brother, Peter Johnson.

A celebration of life will be held at 1 p.m. Saturday, July 30, at Calvary Monterey, 3001 Monterey Salinas Highway.