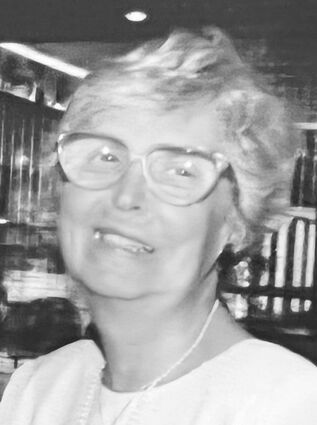 Peggy was born in Leavenworth, Wash., to Leona Stephens and William Hatmaker. She was educated in Leavenworth and graduated from Washington State University with a degree in education.

Peggy accepted a teaching position in Palo Alto, Calif., and taught third- and fifth-grade students. In 1955, Peggy met and married Louis Franklin Umsted Jr. Lou had just completed his tour as a Navy pilot in the Korean conflict. In 1967, Peggy and Lou moved to Hinsdale, where they lived for 30 years. Peggy and Lou retired to the Landings in Savannah, Ga., and The Marshes on Skidaway Island.

Peggy was active in church, attended numerous Bible studies and enjoyed gardening and the Hinsdale Golf Club friends and activities. She was also a member of Alpha Gamma Delta Sorority and P.E.O. Chapter A.S. Peggy was devoted to Lou for 67 years and supported and loved all her beautiful children.

A memorial and celebration service will take place in Savannah at a later date.