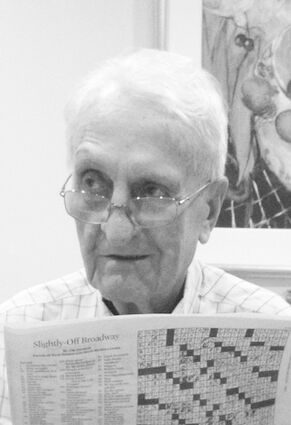 It seems appropriate that April Fool's Day was the date of Jim's passing. Jim was quite the jokester and always willing to initiate a good prank.

Jim was born in Concord, N.H., in 1928 to Constantine and Agoritsa, nee Tsiaparas, Mourkas. Jim attended public schools in Concord. After his family moved to Bristol, Conn., he graduated from Bristol High School in 1946. In September of 1946, Jim enlisted in the U.S. Army, where he served in Japan until February of 1948. During his service, Jim was selected to become part of an elite company to form an Honor Guard at the Imperial Palace in Tokyo across from General MacArthur's headquarters. Upon his return to the United States, Jim applied to and was accepted to Yale University, graduating in 1952.

After graduation he accepted a position with Jones and Laughlin Steel Corp., where he rose to the position of vice president of sales. After 30 years of service with J&L, Jim and his second wife Kathleen moved to Chicago where Jim finished his career working in the steel division of LTV.

Jim was active in and held leadership roles in many clubs and social groups, including president of the Pittsburgh Harvard/Yale/Princeton Club, secretary of the Yale Liners, member of the Economic Guild of Illinois, and a regular pontificating member of the Intellectual Corner that met weekly at the local McDonald's. He was a diehard Yale football fan and a local recruiter for the program. Jim also adored his beloved Pittsburgh Steelers. Having been a season ticket holder for many years, he was vigilant about keeping up to date with their progress. He was a regular at the Thirsty Thursday evening socials in his neighborhood and loved to regale friends and family with tales of yesteryear.

Jim adored his family and checked in with everyone regularly. While Jim never entered the age of technology himself, he stayed up-to-date with the latest trends with his daily routine of reading the Chicago Tribune, completing the crossword puzzle and reading the financial papers at the Hinsdale Library.

Jim was preceded in death by his second wife, Kathleen Mangan Mourkas; his sister, Alice Poulos; and his niece Diane Polezonis.