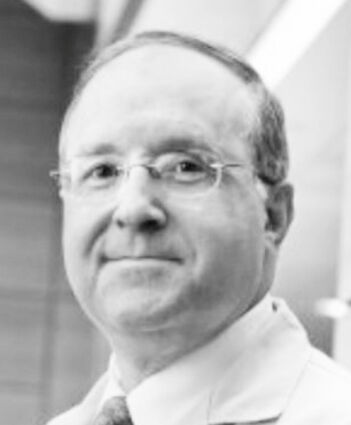 Dr. Richard Louis Gamelli, 73, formerly of Burr Ridge, died peacefully at home May 3, 2022, after a five-year journey through Alzheimer's disease.

Born in Springfield, Mass., he was the oldest son of Alice and Louis Gamelli. He attended St. Michael's College in Colchester, Vt., where he majored in chemistry and graduated in 1970. During his final year at St. Michael's, he met the love of his life, Mary Kell. Richard continued on to the University of Vermont where he obtained his medical degree in 1974. He was accepted into the surgical residency program at UVM, where he then became a surgical attending for 11 years as well as the vice chairman of surgery before moving to Chicago in 1990.

For the next 24 years, Richard was an attending at Loyola University Health Systems, where he served in numerous roles, including director of The Burn Shock Trauma Institute, chairman of surgery, dean of the Stritch School of Medicine and finally senior vice president and provost of health sciences Loyola University Chicago.

Richard was regarded as a leader and innovator in the field of burn care and was a past president of the American Burn Association and The International Society for Burn Injury. He was a member of the American College of Surgeons, the American Surgical, The Royal College of Surgeons (Scotland), editor-in-chief of the Journal of Burn Care & Research, member of the board of directors for the American Board of Surgery as well as a former trustee of the University of Vermont. He received several accolades over the years, including The Harvey Stuart Allen Distinguished Service Award from the ABA, (2010), the prestigious Stritch Medal (2013, Loyola) and the President's Leadership Award from the American Burn Association (2013).

Richard was extremely committed to his patients, staff and colleagues as well as his three daughters and wife. Regardless of a weekend day or holiday, Richard visited his patients each day before returning home to enjoy one of his favorite pastimes of working in his yard, improving his home, spending time with his family or reading a great book. Richard traveled extensively, visiting six of the seven continents, and spent many years skiing the mountains of New England and the West. Over his 40-year career, Richard enjoyed mentored thousands of medical students and residents. His years of research, patient care, teaching, administrative roles and leadership culminated in his retirement in 2014 and subsequent move to his mountain view home in New London, N.H.

He is survived by his wife of 49 years, Mary; his daughters, Amy (Steven Schweitzer) Gamelli, Andrea (Denis) Couture and Liza Gamelli (fiancé Erich); and his three grandchildren, Jacob, Hannah and Henry Couture.

A celebration of life will be planned for later this year in New Hampshire.

In lieu of flowers, memorials may be made to support the children's burn summer camp "I AM ME." Send to the Illinois Fire Safety Alliance, 426 West NW Highway Mount Prospect, IL 60056, c/o Jenny Tzortzos.