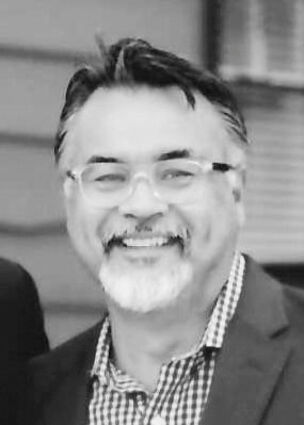 Other than his family, Larry loved his job at Fairview Hospital as a surgical nurse. He loved going to his childhood cottage at Lake Cora, Mich., boating, fishing, golfing, spending time with his family and friends and summers at Put-in-Bay, Ohio.

He is survived by his wife of 28 years, Debbie, nee Drake: his two sons, Richard and Drake; his aunt and uncle, Barbara (Aunt Ponnie) and Paul Stadwiser; his mother- and father-in-law, Sharon and Bob Drake; his siblings-in-law, Bobby (Ann Marie) Drake, Danny (Matea) Drake and Mary (Kevin) French; and his six nieces and nephews.

He was preceded in death by his parents, Richard and Kinuye, nee Kinjo; and his brother, Richard.

A celebration of life service will follow at 11:30 a.m. at the funeral home.

In lieu of flowers, memorials may be made to the Northern Ohio Chapter ALS, 6133 Rockside Road, Suite 301, Independence, OH 44131; or online at https://www.als.org/northern-ohio.