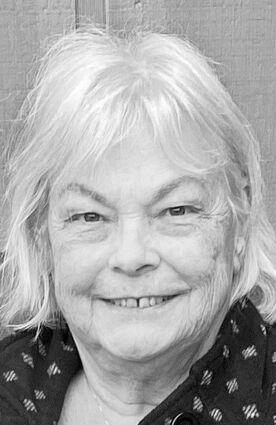 Debby was born in 1949 in Evanston to Earl and Anne (Lascelles) Gray.

She grew up in Northbrook and Leawood, Kan., graduating from Shawnee Mission East High School. She earned an associates degree from William Woods College.

Upon graduation, she moved to Chicago and traveled the world as a flight attendant for TWA. After marrying her husband, Jerry Jones, and relocating to Toronto for a few years, they settled down for the next two decades in Hinsdale to raise a family.

For the last 20 years, Debby has resided in Kansas, close to her parents and brother, where she found a second chance at love and a long-term relationship with Scott Helm.

She enjoyed gardening, socializing with friends and "Old Farts" and spending time with her extended family.

She is survived by her brothers, Tom and Steve Gray; her two sons, Chris (Lucy) Jones and Robert (Shana) Jones; and her five grandchildren, Sam, Addie, Nate, Cadie and Rhys.

She was preceded in death by her father and step-mother, Earl and Georgia Gray; and her mother and step-father, Anne and Richard Dreher.

A celebration of life will be held in Kansas City in May. Details will be posted online at https://www.overlandparkchapel.com.

In lieu of flowers, memorials may be made to the Overland Park Arboretum by way of The Arts & Recreation Foundation of Overland Park, PO Box 26392, Overland Park, KS 66225 or online at https://artsandrec-op.org.