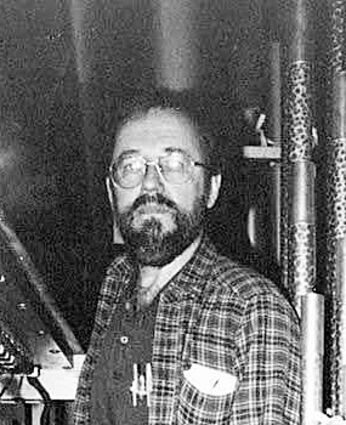 Jim was born in Oak Park in 1946. He attended IIT and studied electrical engineering. After school he began his work as a projectionist at the Hinsdale Theatre. He collected organ parts from theaters, stadiums and churches around the country and built a magnificent pipe organ. It is still renowned for its excellence and missed by organ enthusiasts. Jim worked as a paperboy, a film projectionist, a furniture mover, an electrician, a handyman, an antique furniture repairer and more. He seemed to know something about everything.

While working at the Hinsdale Theatre and on the organ, Jim met Hope at Soukup's Hardware store. They dated, married and had two children together. He was an amazing father. He helped Bart and Jamie with math and science homework even after long days of hard work. Their successes in life are owed to the kindness, intelligence and example he set. As Grumpa to Logan, Chase, Ellie, Cody and Olivia, he left an impression that will last a lifetime. Jim will be missed by all the people lucky enough to have met him, but most of all by his family.

He was preceded in death by his brother-in-law, Mark (Cheryl) Johnson.

A time of remembrance will take place at 7 p.m. at the funeral home.

In lieu of flowers memorials may be made online to the Michigan Theatre in Ann Arbor at https://interland3.donorperfect.net/weblink/weblink.aspx?id=17&name=E3313.