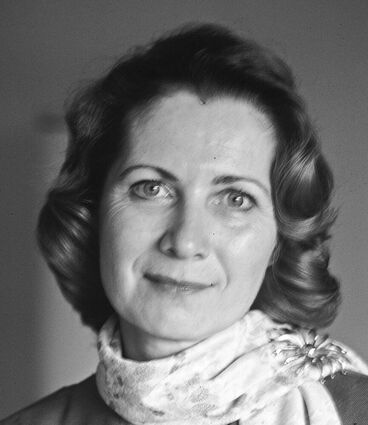 Gloria lived in Hinsdale for 30 years and was an active volunteer in the community. She was passionate about advancing the cause of women. After beginning her career as an English teacher in Ohio, she spent more than 10 years as the head of the Displaced Homemaker program in Will County. She was named the 1988 Woman of the Year by the Southwest Suburban Business and Professional Women's Organization for her work. On retirement she increased her volunteer efforts. She was an active member of the American Association of University Women, serving on the scholarship committee. In order to expand access to scholarships to more adult women, Gloria shared news of the AAUW scholarship through social service organizations such as Bridge Communities. To fund these scholarships, Gloria chaired the AAUW's home tour for several years as well as the scholarship committee. The family has enjoyed hearing from people she helped.

When her husband was alive, they enjoyed traveling and sharing their experiences through slide shows in Hinsdale. Gloria was an avid reader and gardener. Throughout her time in Hinsdale, Gloria participated in several book clubs and the garden club. Finally, Gloria was active in politics, volunteering as much as she could.

She was preceded in death by her husband of 57 years, Dan Hollister.

A memorial service will be held at 1 p.m. Saturday, April 23, at Union Church of Hinsdale, 137 S. Garfield Ave.

Memorials may be made to a scholarship fund established in Gloria's memory for a local single mother to further her education. Make checks out to Downers Grove AAUW with Gloria Hollister in the subject line and send to PO Box 694, Downers Grove, IL 60515.