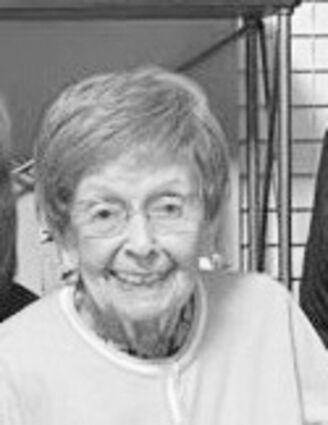 Helen LaBarge, 94, passed away peacefully March 12, 2022, in Fairfax, Va., surrounded by several of her children.

Helen had recently moved to Virginia from Elmhurst to be nearer to some of her children.

Helen Mary Dalton was born at Oak Park Hospital on in 1928 to Esther, nee Kray, and Raymond Dalton. She had an older brother, Jack, born in 1925 and a younger sister, Mary, born in 1933. The family made their home in La Grange, and Helen attended St. Francis Xavier Grade School and then Nazareth Academy in LaGrange Park. After high school Helen attended Clarke College in Dubuque, Iowa, earning a degree in dietetics in 1950.

After graduation Helen worked as a dietitian at the Hinsdale Tuberculosis Sanitarium for several years until the birth of her first child. Helen married John M. LaBarge on June 26, 1954, in a ceremony at St. Francis Xavier Church in La Grange. They were married for 41 years until John's death in 1995.

The newlyweds built a home in Clarendon Hills, where they raised their family of five children. John and Helen were charter members of Notre Dame Parish in Clarendon Hills and Helen's life of faith was very important to her. She was involved with many activities in the parish, including but not limited to supervision and scheduling of altar servers for many years, sacristan and the Notre Dame Council of Catholic Women. She was particularly dedicated to Catholic education and all of her children attended Notre Dame Grade School in Clarendon Hills and Benet Academy in Lisle. Helen was a busy homemaker until her youngest child entered school, and then she worked many years at King Keyser Ski and Sports Shop in Hinsdale with her brother, Jack.

In 2002 Helen married George Shimshock at a ceremony at Notre Dame Church in Clarendon Hills. The couple-maintained homes in Clarendon Hills, Minneapolis and Santa Rosa Beach, Fla. Helen loved her time in Florida and spent winters in Florida for nearly 30 years until the trip became too difficult for her in the last two years. George and Helen were married for eight years until George's death in 2010. In 2013 Helen moved to Park Place Retirement Community in Elmhurst where she lived an active and happy life.

A funeral Mass will follow at the church at 11 a.m.

Interment will be at Queen of Heaven Cemetery in Hillside.

In lieu of flowers memorials may be made online to Maryknoll Missionaries at https://www.mklm.org/support-us/donation-page.