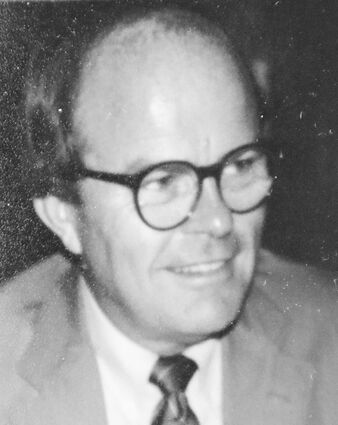 Born in 1931, John was the oldest son of Eric and Mildred (Fors) Johnson of Galesburg. He attended Augustana College in Rock Island and then served in the U.S. Army for two years at Fort Leonard Wood in Missouri.

John spent his entire career with Jones and Brown Co. in Addison. He was hired as its first employee and retired in 1996 as its president.

During his life, John was a car enthusiast, a golfer, an avid gardener and a devoted and loving husband, father, and grandpa.

John was preceded in death by his parents; his three brothers, Phillip, Paul, and Allen; his sister, Florence; and his daughter, Beth.

In lieu of flowers, memorials may be made online to the American Red Cross at https://www.redcross.org/donate.