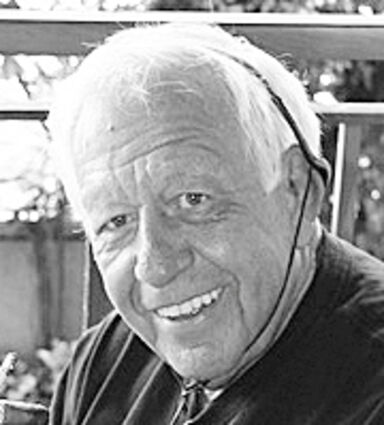 One could say that the grass never grew under Jay's feet. An architect by trade, he graduated from Chicago Vocational School and in 1952 became the youngest registered architect in Illinois at only 21 years of age. He designed homes throughout the Chicagoland area inspired by his architectural touchstone, Frank Lloyd Wright. An avid sailor, Jay spent his free time sailing on Lake Michigan and the waters around Florida.

Later in life he also enjoyed painting abstract studies of color inspired by his frequent wanderings through the Chicago Art Institute. Jay was a knowledgeable aficionado of classical music, filling his home with the sounds of Shostakovich, Beethoven, Bach, Mozart and Haydn while playing online chess against opponents around the world (and anyone else brave enough to accept his challenge).

Jay was preceded in death by his first wife of 55 years, Shirley Muriel Savage; his grandson, Michael Hughes; his parents, Minnie Bawalda and Joseph Hoendervoogt; and his step-father, Vincent Suchy.

A celebration of life and services will be held in the spring.