Detective work pays off for one adoptee 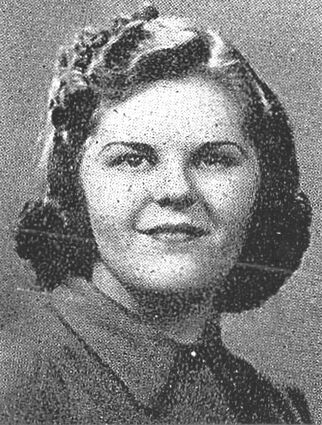 Hinsdale's Jackie Pyle spent years conducting an extensive search to find her birth parents, whose high school photos are shown here. They are both deceased, but she has met her birth mom's only sister, Ruth, and many cousins. Pyle and her daughter Lauren (second from left) enjoyed catching up with one group of cousins from Crystal Lake - Jake (from left), Josh, Brian and Ben Burr. (photos provided)

When Jackie Pyle of Hinsdale began searching for her birth mother in 1989, the only clue she had was her full maiden name. Resources like ancestry.com and 23andme were yet to be developed.

She joined a west suburban chapter of ALMA, the Adoptees' Liberty Movement Association, and began to do the tedious work of piecing together her past.

"We lived at the Newberry library," she said, noting her husband Ken, who died in 1995, was a huge help.

"Any adoptee could be a private detective - I really think so," she said.

She wrote the state requesting nonidentifying information and began compiling a list of facts. She found out her birth mother's age at the time of delivery, that her birth mother had a sister and where her birth father worked. Eventually she found her grandfather's name and was able to obtain a copy of his death certificate.

"Then the pieces started falling into place," she said. "My birth mother was the informant on the death certificate. I remember I was so excited to see her signature."

Pyle was even more excited when she learned where her birth mother went to high school and was able to visit the school and see her picture in a yearbook. Her adoptive dad died when she was 21, but her adoptive mom was with her at the time.

"My mother goes, 'Oh my gosh, this is so weird. Someone put your high school graduation picture in this,' " Pyle recalled. "We look that much alike. It was a moment. It was pretty amazing."

Pyle said she commenced the search in order to obtain medical information after her obstetrician, Hinsdale's Dr. Lanny Wilson, asked her about her family medical history while she was pregnant.

"I realized I knew nothing. Nothing at all," she said.

Pyle grew up in Beverly, the only child of parents in their 40s. Although the Irish Catholic families who lived in the neighborhood all had young parents and 11 or 12 kids, she never felt out of place.

"I had the best parents in the world. It was just phenomenal," she said. "I was raised as an only child. They were ready to stay home and just be a family. It really was a June Cleaver type of family.

"I didn't grow up feeling less than," she added. "I grew up feeling very wanted and very loved."

As Pyle continued her search, she located the cemetery where her grandfather was buried. When she arrived, she learned her birth mother also had passed away, coincidentally on that very day years earlier. The cemetery's caretaker gave her the name and phone number of the individuals listed as contacts for the graves.

Pyle called a man named Paul, believing she was reaching out to the stepson of her birth mother, and spoke with his wife.

"She said, 'Well, you're wrong. That's his mother.' That's when I realized - which I never contemplated - that I had a sibling.

"About 20 minutes later he called me from Germany," she continued. "He said, 'I'm getting on a plane and I'm coming home. I need your address. I'm coming to your house."

Pyle felt more comfortable driving to his house, which she did with her husband and daughters. Her first meeting with Paul, who is eight years younger, was an emotional one. She learned he was only 12 when their birth mother died.

"He opens the door and he grabs my face and falls down on the ground and puts his arms around my knees and started sobbing," Pyle said. "He said, 'Oh my gosh, I've been forgetting her.' "

Although her birth father has also passed away, Pyle has made contact with Denny, her half-brother on his side. He was not aware of her.

"It's a lot to hear someone change your truth," she said. "I feel I rocked their world and that was never my intention."

Pyle said she continues to build her relationship with both of her half-brothers. Another surprise was the 42 cousins she discovered (her birth father was one of eight). DNA tests have connected her with an exponentially larger number of relatives. 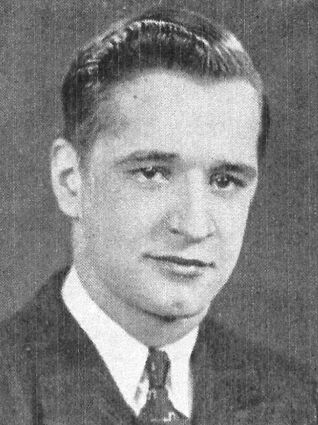 Her newfound family members have been extremely receptive to meeting and sharing family stories with her.

"It was unbelievable," she said. "They didn't need an extra cousin. They started having these 'Welcome home' parties.

It's just been amazing," she added. "It's been really amazing."

Her birth relatives have embraced her daughters, Lauren, 33, and Jennifer, 36, as well.

"I feel like I'm giving my kids the gift of family," she said.

Her new family members have helped her locate a piece of herself she never knew was missing.

"I had such a great life and a happy life and I never felt a yearning for love," she said. "It's just been awesome."