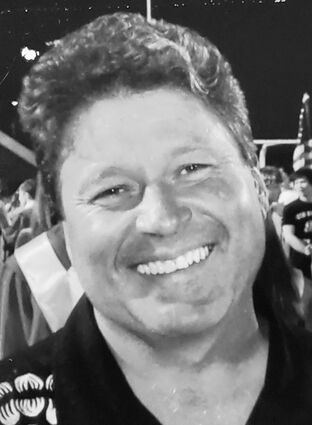 Born in Bayonne, N.J., in 1961, Steve was the only boy among Steve and Therese Kraynak's four children. He attended Elizabeth High School, where he stood out as a popular fixture of the school's rowdy "zoo crew" with his wild tuft of curly brown hair.

After graduation, Steve entered the Marines and served as an AAV Crewman. He was honorably discharged with two expert marksmanship badges, a sea service deployment ribbon, and good conduct and humanitarian service medals.

Known affectionately as "Binks" to his family and friends, he devoted his life to raising his only son and namesake. The two lived together in Hinsdale, where Binks worked with his sister building custom homes in the area. A talented teaser who loved a good joke, he entertained his coworkers and himself with regular pranks on the job.

A Jersey man at his core, Binks was a die-hard fan of the Yankees and New York Giants. His love of baseball ensured his relentless devotion to his son's athletic pursuits. Binks was found at every single game from Little League to the NCAA. He was a revered coach and mentor to dozens of young men throughout his years.

A beloved uncle, Binks had a special way of engaging his 23 nieces and nephews, tossing them in the air and making silly faces or getting down on the floor to push Hess trucks. The birth of his grandson, Stephen Kraynak V, last summer brought him unparalleled joy.

Binks retired to Fort Myers in 2018, reliving his glory days on the Jersey Shore fishing off the Florida Coast.

Binks is survived by his son, Stephen (Anne); his grandson, Stevie; and his three sisters, Judy Linn, Eileen Hare and Meme Binko.