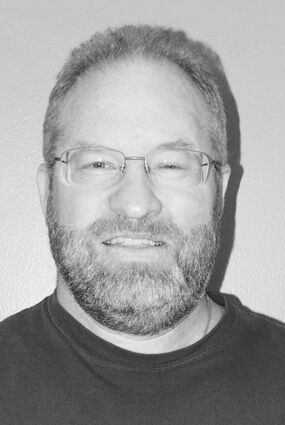 Steve was born in 1965 in La Grange. He lived in Hinsdale for most of his life and was in the Class of 1983 at Hinsdale Central High School. He graduated from Northern Illinois University with a degree in visual communications.

Steve was a jack-of-all-trades and a caregiver. His first job took him to the Denver area. He came back to Hinsdale to assist with operations and marketing at the family business, C. Foster Toys. He later attended Illinois Media School in order to pursue his love for broadcasting, sound engineering and public address. For a time he broadcast for the Chicago Bandits. In recent years he announced games at many Hinsdale Central High School sporting events. He was also trained as a companion and a teaching assistant. He did stints providing companionship to elderly and autistic adults and at local schools assisting with autistic students.

Steve spent much of his time and energy at a variety of local churches as a devoted follower of Jesus Christ. Most recently he worked as a Stephen Minister and as a Celebrate Recovery leader at Compass Church. He attended Hope Church in La Grange and served there as a tech for worship services and leveraged his chaplain training at Hope's Pilsen Church. He fulfilled a life dream by visiting the Holy Land in Israel with his parents. Steve was forever moved by his mission trip to help children in Uganda and consistently supported a child there.

Steve is dearly missed by his adventure and travel companion, Lisa Wilkins.

He was preceded in death by his father, Charles O. "Chuck" Foster; his aunts, Katharine Gross and Ruth Gauger; and his uncle, Bill Coultas.

A reception for family and friends will follow immediately at the church.

In lieu of flowers, memorials may be made to ChildFund International, 2821 Emerywood Parkway, Richmond, VA 23294 (online at https://www.childfund.org/Ways-To-Donate/).