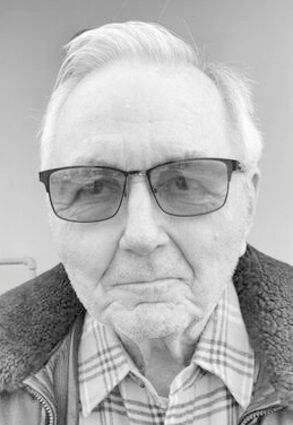 Tom was born in Dearborn, Mich., to Melvin and Olive Jean Trevithick. After serving in the Korean War, Tom graduated from Lawrence Technical Institute in Detroit with a degree in industrial management.

After graduation, Tom met and married Barbara, nee Austin. They were married for 43 years. He took a role at Square D, moving from Dearborn to Lexington, Ken., and finally landing in Peru. Tom served as the plant manager for Square D until 1976.

The life of a local store owner and entrepreneur attracted Tom when he purchased the local McKinney's TV and Appliance store. After 20-plus years, Tom and Barbara left McKinney's, moving on to owning and managing Universal Fan, a local industrial fan cover manufacturer until retirement.

Tom was an avid and passionate golfer and frequently could be found on the local courses. He also enjoyed fishing and looked forward to his annual trip to Red Lake in Canada. Tom was an adventurous traveler, having visited 76 different countries over his lifetime.

He was preceded in death by his wife, Barbara; and his brother, Barry.

He is survived by his children, Christy (Randy) Weimer of Hinsdale and Stephen (Gayle); his grandchildren, Marc (Maggie), Ellyn and Matthew Weimer, and Christopher, Austin and Jensen Trevithick; his step-grandchildren, Jennings and Jerral Deford; his great-grandson, Thomas; his sister, Mary Ann Roberts; and many extended family members.

In lieu of flowers, memorials can be made to Alzheimer's Association, http://www.alz.org. Or Peru High School attn: Fine Arts Department.