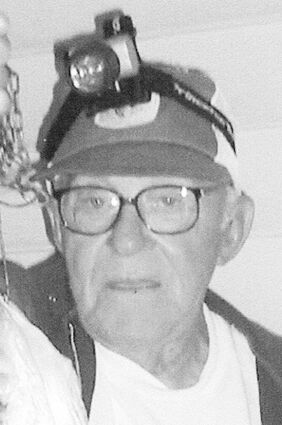 He was born in 1920 to Alfred Vornsand and Florence Vornsand, née Carlson.

William was a longtime U.S. mailman in La Grange. He was a wonderful uncle who offered guidance and assistance throughout his nieces and nephew's lives.

William served his country as a corporal in the Army during World War II. He was involved in the Battle of the Bulge, D-Day, Ardennes and other major battles during the War.

As a mailman in La Grange, he got to know many of the residents on his mail route, including several well-known local celebrities and musicians. In retirement, William was an avid golfer and fisherman.

He spent much of the time at Lake Cora in Paw Paw, Mich., where he golfed and fished with many friends, neighbors, and relatives.

As a longtime Hinsdale resident, he was known by many in the community for his daily early-morning walks, where he often chatted with commuters at the train station while waiting to get the first newspaper delivered to the newsstand. He will be remembered by many of his Hinsdale acquaintances as the community expert on village history.

Support the Vornsand Family by signing the online guestbook at https:// http://www.sullivanfuneralhomehinsdale.com. Sullivan Funeral Home in Hinsdale handled the arrangements.