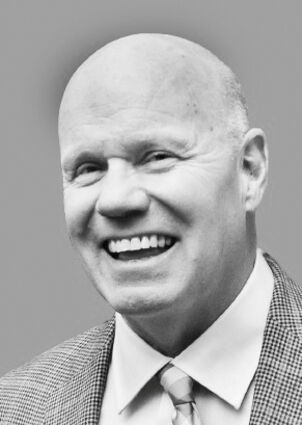 The owner of the only U.S. manufacturer of starter drives and starter drives components, Weldon led the 102-year-old company with innovation, compassion, ambition and empathy. Known and respected in Catholic business leadership communities, he had been an active member of Lumen Institute’s Chicago group.

A native of River Forest, where he was born the fifth of six children to Bill and the Patricia Weldon, he began working with his father at Van Bergen & Greener a few years after earning his bachelor’s in business from Loyola University in Chicago in 1978. He later earned his master’s in business administration at Roosevelt University.

He was married in 1985 to Bernadette, nee Treacy, and they raised their three children Matthew, Treacy (Dan) O’Keefe, and Marirose in River Forest before moving to Oak Brook. His wife passed in 2004 as a result of an undiagnosed brain tumor.

Known for his generosity to family and his candid sense of humor, Weldon liked to pull pranks and surprise people with his jokes. He was recognized in his neighborhood for his 2000 red Corvette with the license plate, “Ooh Yah.”

Running the manufacturing company as sole proprietor following his father’s death in 1988 and working alongside his mother, who was chief financial officer at the company until her death in 2002, Weldon maintained a fervent commitment to his customers, suppliers and employees in the Maywood plant his father purchased in the 1980s. He often joked that the “E” in CEO stood for energy.