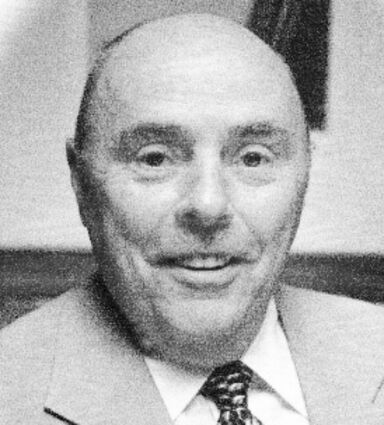 Born in Evergreen Park, Lester was the third of three children born to Lester and Julia Trilla and was raised by a loving family. He was a graduate of Christ the King School in Beverly and Mendel High School and followed his grandfather (Gaetano) into the drum manufacturing industry.

Les served as president and CEO of Trilla Steel Drum Corp., the Midwest's largest steel drum manufacturing plant, until his retirement in 2008. In 1974, he began to manufacture new 55-gallon steel drums and was instrumental in developing innovative ways to create a more stable and reusable steel drum for the industry. In 2003, Les testified, on behalf of all U.S. steel drum manufacturers, at a Congressional Hearing on Steel 201 Tariffs. He was the youngest ever board member of the Steel Shipping Container Institute and remained on their board of directors for more than 34 years.

He was instrumental in working with the United States Steel Industry, creating the chemistry used today for the manufacture of new steel drums.

In 2008, Les was recognized as Man of the Year for the Mental Health Association of Illinois, where, since 1971, he was an active member of the board of directors. This was followed by the Long and Meritorious Industry Service award through SSCI. In 2007, Les was the recipient of the prestigious Medal of Honor by the Ellis Island Foundation Inc. and in 2006, he was honored by the Cardinal Bernardine Award though the Joint Civic Committee of Italian Americans. Since 1990, he has served as a board member of the College of Arts and Sciences at Northern Illinois University, working closely with Cliff Aexis and personally funding the university-sponsored "Steel Drum Band," which travels throughout the world. Les has been instrumental in the success of the Chicago Ridge Animal Welfare League and served on their board from 2006-13. Les was a world-class champion of clay pigeon shooting and served as president of the United States Flyers Federation for over 25 years.

Lester is survived by his wife, Jean; his three children, Lester (Kathy) Trilla, Julia Trilla of Hinsdale and Jeanne Trilla; his grandchildren, Abigael, Lester IV, Juliana, Gabrielle and Jimmy; his siblings, Pauline (Peter) May, Joan (the late Joe) Farrell; his sisters-in-law, Carol (the late Bob) Goblisch and Debbie (Bill) Shires; and many nieces and nephews.

A funeral Mass was said April 26 at Sullivan Funeral Home in Hinsdale.

Entombment was at Queen of Heaven Cemetery in Hillside. In lieu of flowers, memorials may be made to the NIU Steel Drum Band, Music Building, 550 Lucinda Ave., DeKalb, IL 60115 or online at https://www.niu.edu/music.