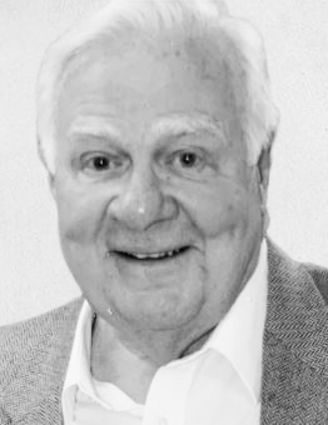 William "Bill" Gordon, M.D. 87, a longtime Hinsdale resident, passed away Sept. 13, 2020, in Oak Brook, after a purposeful and adventurous life.

He was born in 1933 in Chicago to William P. Gordon Sr. and Adeline Singer Gordon. He grew up in Beverly alongside his brother, Philip (Jean) Gordon and his sisters, Mary Beth (late John) Dove, Kathy (Steve) Kula and the late Barbara (Philip) Altvater.

As a physician, he was responsible for bringing thousands of children into the world. In his free time, he traveled to 50 states and 60 countries. His companion in these travels was his wife of 54 years, the late Virginia Farmer Gordon.

Their close relationship was a cornerstone of his life, and he was a dedicated caretaker to her in her later life.

His daughter, Anne Gordon Saunders, inherited their love of travel and was fortunate, along with her husband Stewart and children Stanley and Clare, to witness Bill zip-line in Costa Rica when he was 81.

Despite his worldliness, Bill was a proud, life-long Chicagoan.

Bill is also remembered as a beloved uncle to 15 nieces and nephews. A favorite memory is "Uncle Bill" playing Santa to the group every Christmas.

Bill's time serving in the Army, while based in Colorado, spurred a life-long love of skiing. He and Virginia were avid contemporary art collectors. A long-time member of Hinsdale Golf Club, Bill only played golf on days ending in "y."