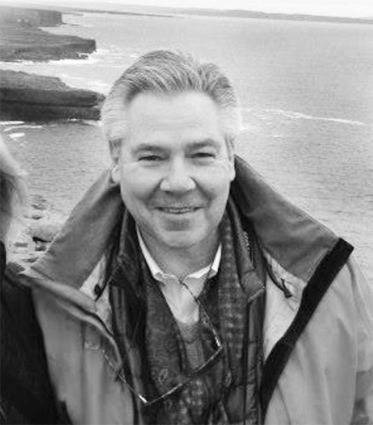 Dr. Michael James Hickey was born in Chicago in 1954. Known for his preppy and vibrant choice of clothing, historians argue as to whether or not he, in fact, originated the "popped collar."

As his family and his patients knew well, Dr. Hickey lived his life on his own timetable. He left this world unexpectedly in his sleep on April 12, 2020, at his home in Hinsdale. Dr. Hickey was 66 years old.

Dr. Hickey grew up in Glencoe and graduated from Loyola Academy in 1972. He attended Georgetown University, Class of '76, and went to work trading yen.

Hickey's life was transformed by two big decisions. The first was the choice to leave trading and commit to more than a decade of schooling in order to become a reproductive endocrine physician.

The second, was his decision to patronize "The Snuggery," a popular tavern on Division Street, one night in October 1983. That's when he met Ann Bartlit, a beautiful nurse who also loved to dance. They were married in 1985. A residency and a fellowship later, they opened the Hinsdale Center for Reproduction in 1991. Brendan joined Sean and Megan in 1992 to complete their family of five.

In his 29 years as a reproductive endocrinologist, Dr. Hickey helped bring more than 5,000 babies to couples who so desperately wanted to start and grow their families. His wife kept the practice in ship shape as nurse manager.

"All pregnancies are a miracle and the result of something magical," Dr. Hickey often said to his patients.

He made magic every day for nearly three decades and had hoped to continue practicing infertility medicine for many years to come.

Dr. Hickey never wanted finances to be an obstacle for families who wanted to start a family. The Life Foundation is a local nonprofit formed in 2013 to help defray the financial challenges of infertility treatment, adoption or third party reproduction. Dr. Hickey's family welcomes donations to the foundation in his name, which can be made online at https://www.flipcause.com/secure/cause_pdetails/NjcwMg==.

Dr. Hickey's favorite hobbies were sailing, playing the drums, and spending time with his family.

He leaves behind his wife, Ann; his children, Sean (Mairead), Megan (Gavin) and Brendan; his grandchildren, Madeleine and Eamon; his mother, Joanne "Jaye;" and his siblings, Kathy, John, Jim and Roger.

Due to the COVID-19 pandemic, no services are scheduled. His family hopes told hold a celebration of life service after the current restrictions on public gatherings have been relaxed.