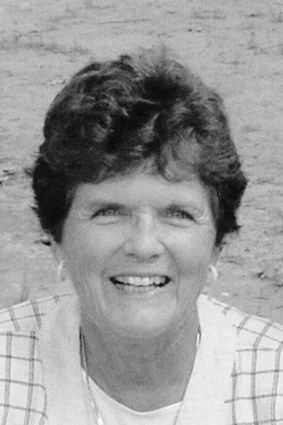 Cahtie, 88, was born in 1931 to Joseph and Edith Gannon and raised in Washington, D.C. Known to many as "Babe," she grew up in a large Irish Catholic family as the seventh of nine children and attended Holy Cross Academy in Washington, D.C.

She met her husband, Bernie Lavins (Notre Dame, class of 1951) on a blind date and they were married on Oct. 4, 1953. Cathie and Bernie made a great team, raised six children together and were deeply devoted to one another as well as their Catholic faith. They shared many interests and passions such as playing golf, tennis, bridge and always cheering on "The Fighting Irish".

Throughout their marriage, they moved the family several times with Bernie's career and lived in nearly a dozen states, coast to coast. With each move, Cathie tended to her family, making each house a home, making life-long friends and "coining" the phrase "Bloom where you're planted." After retirement, they moved to Vero Beach, Fla., and made many dear friends and created many happy memories through the Grand Harbor community as well as Holy Cross Parish.

Cathie was involved in several charities over the years and will be remembered by her piercing blue eyes, sharp Irish wit, quick sense of humor, love of life, and never tiring compassionate love and devotion to marriage, motherhood, and God.

A private funeral Mass will be held.

In lieu of flowers, memorials may be made online to The National Christ Child Society at https://www.nationalchristchild.org or a local food bank.