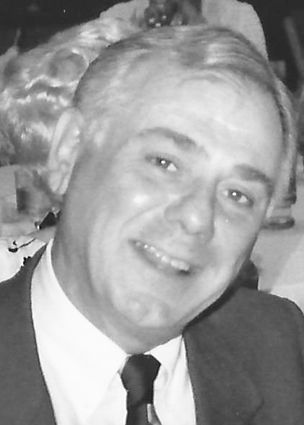 He was born in 1929 in Chicago to Agostino and Ginetta Magrini.

He was a graduate of Saint Patrick High School in Chicago and St. Ambrose University. Following college, Leo joined the Coast Guard (1952-56), where he was stationed in Hawaii. Leo met the love of his life Mary Ellen in Long Beach, Ind., and quickly became part of the Long Beach community. They were married in 1959. They lived in Elmwood Park, River Forest and finally settled in Oak Brook to raise their three children.

After working in plastics, Leo joined Efengee Electrical Supply, where he worked for more than 60 years, retiring at the age of 85. In 1999, Leo was recognized for his commitment to the electrical industry and was awarded the Gold Medal Award from the Electrical Association of Chicagoland. This recognition was a tribute to his expertise in the business and his ability to develop personal relationships with his clients. He was also a distinguished member of Butterfield Country Club since 1967, where he built many great friendships playing golf.

He was preceded in death by his wife, Mary Ellen; his son, Leo R. Magrini; his brother, Aldo Magrini; and his sister, Leah Killeen.

He is survived by his daughters, Ellen Magrini and Maria (Jeffrey) Mohl, both of Hinsdale; his grandchildren, Leo, Charlie, Kevin, Melissa, Emmett and Thomas; and many nieces and nephews.

In lieu of flowers, memorials may be made to Misericordia Home, 6300 N. Ridge Ave, Chicago, IL 60660 or online at https://www.misericordia.com.