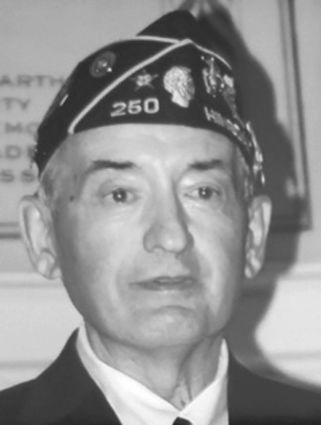 Chiodo, a native of Chicago, was born to immigrant parents in the Grand Avenue neighborhood. After the death of his father when he was 10 years old, Chiodo cared for his mother and siblings while attending Fenwick High School's class of 1962 in Oak Park where he excelled both in the classroom and on the sports field.

After graduating high school, Chiodo volunteered for the U.S. Marine Corps in 1966. While rising in the ranks, Chiodo took courses at the Defense Language Institute Foreign Language Center in Monterey, Calif., to become a Vietnamese interpreter. Upon his graduation, Chiodo served as an infantry rifleman assigned to the 3rd Marine Division in Vietnam from 1967-68, during the height of the war. Chiodo's Marine unit took part in numerous combat engagements, and his wartime service only concluded when Chiodo triggered an anti-personnel mine with his foot while on patrol with an ARVN unit. The mine's explosion miraculously threw him high in the air and forward, and while it seriously wounded him, the explosion left his limbs intact. Chiodo was after awarded the Purple Heart.

According to his family, Chiodo was fond of saying "every day of my life after Vietnam is a gift."

He used that gift to continue to serve his country in different ways, initially by coaching football at St. Vincent Ferrer School in River Forest, and then becoming a police officer with the Great Lakes Police Department and an Immigration Customs and Border Patrol agent. He then became an officer with the United States Secret Service.

During his time with the Secret Service from 1981-2001, Chiodo was assigned to Washington, D.C. and then to the Chicago Field Office where he spent a majority of his career. Over his time with the Secret Service, Chiodo protected five presidents, numerous foreign heads of state and even one Saint. One of the many highlights of Chiodo's Secret Service career happened in 1987 during the visit of Pope John Paul II to the United States when Chiodo was tasked with driving the Pontiff's Popemobile during his visit to Detroit.

According to his son Theodore, "that assignment was a highlight for sure - here is a Catholic born son of immigrants from the west side of Chicago driving the Popemobile around the streets of Detroit. He must have thought he was making the Fenwick Dominican's priests proud."

From raising money for the care of veterans, volunteering with the Fisher House, visiting veterans at the Hines VA Hospital and making and distributing care packages for veterans down on their luck, Chiodo worked hard to make sure every veteran had what they needed to live out the rest of their days in peace.

According to his daughter Caroline, Chiodo enjoyed collecting antique fishing equipment and selling it, fishing, and watching John Ford Westerns. He also followed Chicago sports closely and was a White Sox and University of Notre Dame fanatic.

Survivors include his wife Kathy, his daughter Caroline and his son Theodore.

Memorials may be made to the Hines Fisher House, 5000 S. Fifth Ave., Hines, IL 60141 on online at https://www.hines.va.gov (choose Hines VA Hospital and then Fisher House and note the donation is in Joe Chiodo's memory).