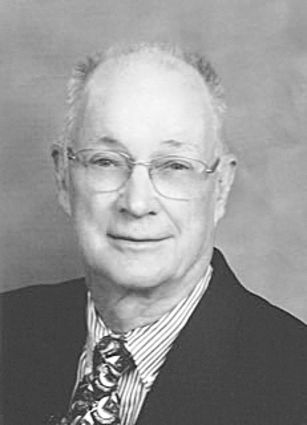 Earl was born in 1928 in Chicago to Lawrence and Irma (Mauer).

A graduate from the School of Architecture, University of Illinois, Navy Pier, Earl founded Earl R. Larson and Associates in Hinsdale in 1957 and became a lifelong Rotarian. Soon after, he partnered with Peter Kramer, architect, to form Larson/Kramer & Associates. Their firm was renowned for country club design, designing more than 150 country clubs nationwide.

Earl was a devoted family man. He lived a full life, filled with family, friends, and adventure. He traveled with his bride and family to many different places all over the world, including most of the United States, Mexico, Canada, Europe, Asia and Australia. He especially enjoyed vacationing every August with his family at Lake of the Ozarks in Missouri.

He was preceded in death by his sister, Phyllis Larson, earlier this year.

A funeral service will follow at the church at 10:30 a.m.