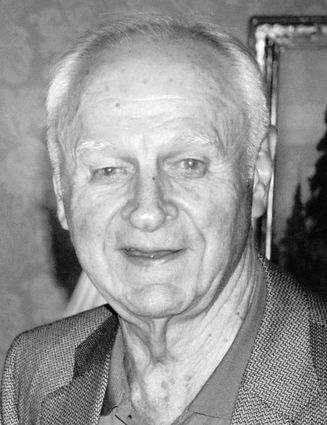 He was born in 1926 and lived in Hinsdale for 52 years. His first love was caring and providing for his family.

Drafted in 1945, Lloyd served in the Navy during World War II on the USS Southerland. He was thrilled to attend the Land of Lincoln Honor Flight in August.

Lloyd was married for 69 years to the love of his life, Maribeth. They met and fell in love at Purdue University. He was a member of Kappa Sigma Fraternity and during the 1980s and 1990s he served for six years on the executive national committee. He attended George Washington University Law School. He then practiced law in Chicago for more 60 years and retired at the age of 87. He found what he loved to do and pursued it for as long as he could.

Lloyd loved anything and everything to do with his 10 grandchildren, including attending their recitals, ball games, musicals and especially graduations. Lloyd always told his children and grandchildren, "Get as much education as you can, since no one can take that away from you".

Loving God was something he taught his kids by example. He loved his church and was a member of Christ Church of Oak Brook since 1971. He believed that his faith was the cornerstone in his life and desired for everyone to know and love Jesus.