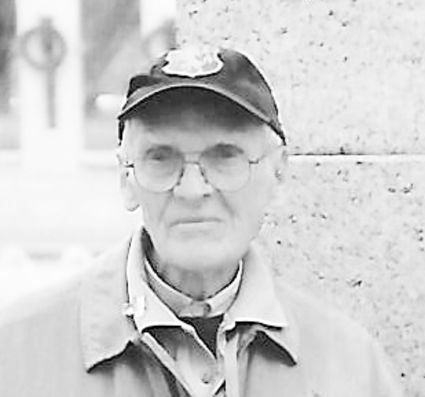 Jim was born in 1920 in St. Paul, Minn., the youngest of eight children of Edgar and Mary Beaumont.

Jim graduated from St. Ita's School, St. George High School and Carleton College. Jim served in World War II as a first lieutenant in the U.S. Army and was celebrated in an Honor Flight in 2015. As a long-suffering Cubs fan since 1927, he road-tripped to see the Cubs win game two of the 2016 World Series in Cleveland. After a long career in the insurance industry, Jim volunteered many years in the RCIA and PADS programs, with Vitas Hospice, as a Eucharistic minister at St. Isaac Jogues in Hinsdale and as an usher at St. Joan of Arc in Lisle. Jim enjoyed cross country skiing, bike-riding, canoing and dancing.

He was preceded in death by his wife, Shirley Beaumont; and his daughter, Penelope Beaumont

Interment will be at Abraham Lincoln National Cemetery in Elwood.

In lieu of flowers, memorials may be made online to Honor Flight Chicago at https://www.honorflightchicago.org or a charity of choice.