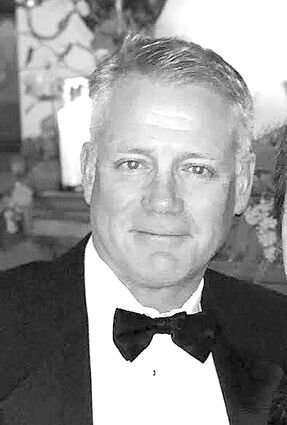 Thomas Charles Hardies, 58, formerly of Hinsdale, and his loyal dog, Otis, died unexpectedly in their sleep in the family home in Tabernash, Colo., on Dec. 17, 2022.

Tom was born in 1964 in New York state. The family moved to Stevensville, Mich., then ultimately settled in Goshen, Ind., in 1975 where he attended middle school and high school.

He received his bachelor's in mechanical engineering from Purdue University, where he raced in the Go-Kart Grand Prix and was a member of the Alpha Chi Rho fraternity. He received his MBA from DePaul University in 1995.

Outside of his 35-year career with Borg Warner Corp., he was an accomplished multi-sport athlete, skier and outdoorsman. He successfully competed in seven Ironman triathalons, including the Ironman World Championship in Kona, Hawaii, in 2006. Most recently, he completed the Leadville 100 Mountain Bike race in August 2022.

His true passion was life in the mountains, where he enjoyed skiing, cycling, hiking and riding his motorcycle on miles and miles of fire roads.

Tom was a man of few words, but lived his life with passion and constant acts of service for all. There were no strangers in Tom's presence, only friends he was eager to make. His humor, kindness, huge heart and zest for life will be deeply missed.

He is preceded in death by his parents, Marianne (Knowles) and Charles Hardies; and his sister, Karen Hardies Bucko.

He is survived by his his two daughters, Jill and Anne; his wife, Erin; and his step-daughters, Kate and Tess Klygis.