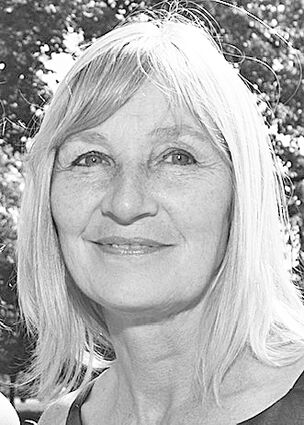 Barbara J. (Moore) Simons, 74, formerly of Oak Brook, passed away peacefully Nov. 12, 2022, at her home in Berkeley with her children by her side.

Barbara was a gifted artist from an early age and spent her life creating beautiful and unique pieces of art. She was also a naturalist at heart, growing up spending time in Fullersburg Woods and passing along her love of nature and the woods to her children then ultimately to her grandchildren. She was a female version of Johnny Appleseed, but for oak and walnut trees.

Barby, as she was called by those closest to her, always put everyone first and this was especially true for her children and grandchildren, whom she cherished.

She was a friend to many and many of those whom she had known for most of her life.

She was a kind neighbor and was known for having garage sales, which was her connection to her community.

She is survived by her children, Brett Simons of Hinsdale and Amber (Carlos) Klimek; her grandchildren, Diego Klimek, Valentina Simons, Lula Klimek and Colton Simons; and her sister, Linda J. (Stephen) Simpson.

She was preceded in death by her parents, Ralph and Majorie Moore.

A private family memorial service will be held at Fullersburg Woods.

In lieu of flowers, memorials may be made online to the DuPage County Forest Preserve District at http://www.dupageforest.org/donate.