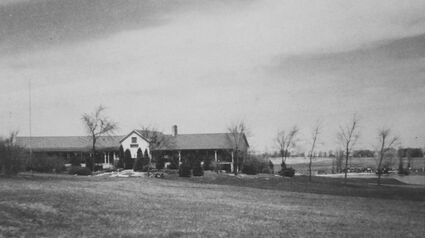 Early golf - This photo in Sandy Williams' book, "Images of America - Hinsdale," is of the club house at Ruth Lake. "Ruth Lake Country Club, shown about 1940, was founded in 1922 by some younger men in the village who had used this site along South Madison Street for hunting, camping and skate sailing. The club was named for Linus Ruth, a boyhood friend of the founders, who lost his life in World War I."