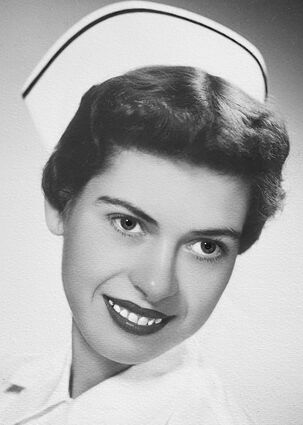 Nancy was born in Lame Deer, Mont., where her father, Ellsworth Henkins, worked as a principal and her mother, Lepha Henkins, nee Dodge,, was a nurse. Nancy spent her formative years in South Dakota, graduating from Pierre High School and going to St. John's nursing school.

As a nurse practitioner, Nancy was able to find a job after every move, working in many areas of medicine, including women's health and family medicine. With each change, Nancy maintained her commitment to community, passion to heal others and devotion to her family. She was the beloved center of every community she joined.

Nancy was many things: a dedicated daughter, a beloved older sister to three incredibly close siblings, a devoted and loving wife to Tuck, an extraordinary mother and role model to her two daughters, a fun and caring Gaga to her grandchildren and their friends who adored her, a wonderful friend to so many who she frequently called to share her stories with, a faithful Christian, a kindhearted volunteer and so much more to anyone who met her.

Nancy had an incredible way of touching those who were lucky enough to cross paths with her and will be dearly missed by those of us still on earth.

She is survived by her husband, William "Tuck" E. Tucker; her daughters, Gayle (John) von Seggern and Desiree (Ron) Tucker-Sorini of Hinsdale; her six grandchildren, Christopher, Leah and Marissa Sorini and JT, Analea and Kaylea von Seggern; her sisters, Patricia Hall and Della (Ron) Riis; and many nephews and nieces.

She was preceded in death by her sister, Suzanne Pries; and her brothers-in-law, Roger Pries and John Hall.

Services were held Nov. 12 in Virginia.

In lieu of flowers, memorials may made to the Cure Alzheimer's Fund in honor of Nancy Louise Tucker and her years of graciously caretaking for her husband.