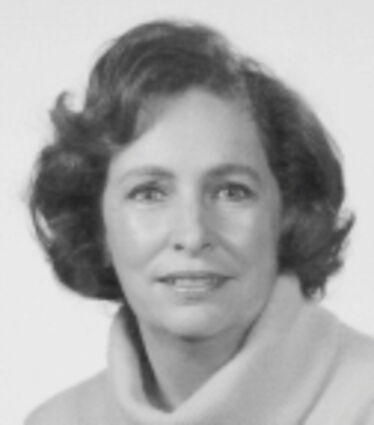 Dolores was an only child, born to Victor and Veronica, nee Sullivan, Fay in their Chicago home on Mason Avenue. She attended grade school at St. Catherine of Sienna parish in Oak Park and graduated from Trinity High School in 1946. After high school she attended classes at Rosary College in River Forest.

After marrying Richard Bland in 1949, Dolores and Richard bought a small home in Riverside and lived there from 1951-70. In the 1960s, Dolores loved visiting Rhinelander, Wis., and traveling in the family motor home some 90,000 miles on long trips throughout the United States.

In 1970 the Blands moved to Hinsdale and lived there until 1989. After Richard's retirement, Dolores and Richard spent 25 wonderful years together in Hilton Head Island, S.C.

Dolores was known as an avid animal lover her entire life, was never without at least one dog and also had a keen appreciation and love for nature and the outdoors, including the wild birds and alligators that would frequent her waterfront back yard in Hilton Head. A special friend was her cockatiel that lived for 30 years.

In 2018 Dolores moved to Oconomowoc, Wis., to be closer to her family.

Dolores lived a full and caring life and cherished being surrounded by family and friends.

She was preceded in death by her husband, Richard F. Bland; and her son, Philip Bland.

She is survived by her children, Susan (Gary) Beede, Robert (Maureen) Bland and William (Denise) Bland; her 18 grandchildren; and her 10 great-grandchildren.

Burial will be private.

Condolences may be offered at http://www.evertlukofuneralhome.com.