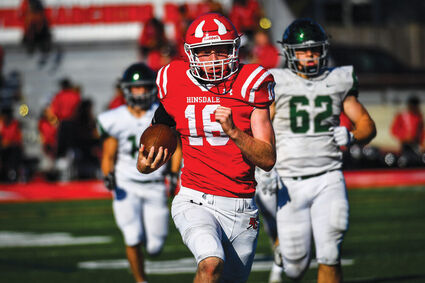 Senior quarterback Billy Cernugel returned from injury on Saturday, scoring the final touchdown of the game for Hinsdale Central and later running in the two-point conversion. Despite the effort, the Red Devils fell to Glenbard West 15-45 in the season-ending game. For more details, turn to End Zone on Page 36. (photos by Mike Prepelica for The Hinsdalean)