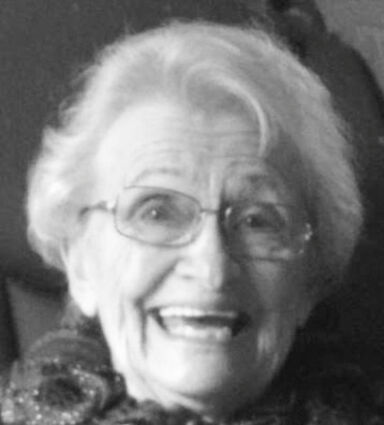 She was born in 1929 in Chicago to John and Hermine Beuter. She spent a year in Germany with her mother at age 4 and routinely navigated two streetcars alone after moving back to Chicago for weekly piano lessons by age 6.

After high school, she wanted to be a newspaper reporter, but instead bowed to the customs of the times and enrolled at Northern Illinois State Teachers College. There she joined the Tri Sigma sorority and also met the love of her life, Ralph Larson.

After marriage in 1950 and teaching, Norma raised her three boys as a full-time mother in Elmhurst and Hinsdale, and then went back to teaching at Walker School in Clarendon Hills in the 1970s. Her boys recall her daily reading aloud to them after lunch before they walked back to The Lane School.

Always a writer, she later became editor-in-chief of her sorority's national magazine, The Triangle, and also wrote a sorority history. For decades, she wrote weekly columns: Fireside Tete-a-Tete for The Doings, The Chalk Line for The Lake Mills Leader and in her 80s, Under the Door for residents of Wesley Willows Castle Towne Center.

Before computers, her boys were the only kids in college who received weekly typed letters because Mom was always in front of her trusty Underwood banging out copy.

She retired in 1990 as Walker's learning center director where she strived to foster a love of reading in every child. The couple moved to Rock Lake in Lake Mills, Wis. and volunteered, traveled, and cherished time with friends and family, especially being the very best Nana and Papa "Lake" to their grandchildren.

In 2010, they moved to Wesley Willows senior living in Rockford. Ralph passed shortly after the move, so she spent 10 good years as an independent widow. After surviving breast cancer and a radical mastectomy performed by her family doctor in 1969, she was on no prescription medications until near the very end. Sadly, she had lost her "fire" by the time things opened back up from the COVID pandemic, but her attitude about life remained rosy. Just like her blood type, she always said to Be Positive!

Norma is survived by her sons, Jay, Kent (Kathleen) and Ned (Elizabeth); her grandchildren, Stephanie, Amanda, Isabel, Brian and Peter; her great-grandchildren, Brooklyn, Solomon and Sidney; her sister, Nada Geddes; her sister-in-law, Jill Beuter; and her in-laws, Raymond and Carol; and many nieces and nephews.

She was preceded in death by her husband; and her brother, John.

No local services are planned at this time.

She always expected herself, her students and her family to make a difference in this world, and people are invited give in her honor to an organization that is doing just that.