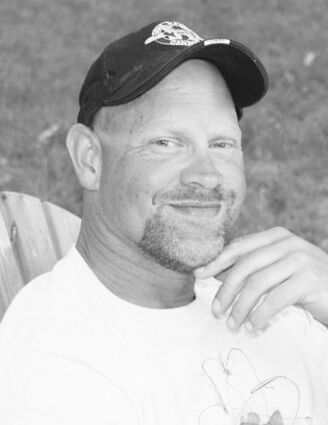 Craig Laurence Kruse, 50, of Clarendon Hills passed away peacefully surrounded by his family on Sept. 9, 2022.

The son of Ron and Roxanna Kruse, he was born in Belleville in 1972. He was raised in Herscher, where he discovered his passion for athletics. This included him helping secure a runner up state championship title in football during the 1988-89 season at Herscher High School and competing in shot put at state his senior year.

He continued his athletic career at Augustana College in Rock Island. There, he was a four-year starter on the football team and placed fifth at Outdoor Nationals in the shot put his senior year.

None of this compared to his true victory, meeting the love of his life, Kristen, during his freshman year. The two celebrated 26 years of marriage in June and built a wonderful family that Craig was extremely proud of.

Craig also excelled in academics, graduating as an Academic All-American from Augustana, and then obtaining a master's in kinesiology from Eastern Illinois University before gaining his master's in physical therapy with highest honors from Emory University. He was a passionate physical therapist for 24 years. Through his work he positively impacted so many lives by helping others heal and making the recovery process fun along the way.

However, Craig's true passion was coaching. He spent much of his children's youth coaching them, and was a huge part of the Hinsdale Falcons football and wrestling feeder programs. Craig had such an impact on youth sports that the field at Brook Park was recently renamed Craig Kruse Field, a humbling and well-deserved honor. Craig pulled the best out of his players and the coaches around him because he truly believed in people and in their potential.

As his children grew, he became the strength and conditioning coach at Hinsdale Central, where he helped athletes from all teams each and every day. Craig eventually began coaching both football and girls throwing (shot put and discus) at the high school. He thoroughly enjoyed being such an integral part of so many athletes' lives. He will be remembered by the Red Devil community for his care, compassion and work ethic.

His life ended far too soon due to stage four glioblastoma brain cancer. Craig lived for 14 months after his diagnosis and lived well. He continued to work, coach and travel for most of the last year of his life. He will be remembered by the phrase he coined, "Boots On" because he did not want to stop living before he died. He decided to continue to live every day and die with his boots on.

He is survived by his wife, Kristen; his children, Cassie, Ron and Zach; his parents, Ron and Roxanna; his sister Carrie; his nieces, Claire and Addie; and his nephew, Ian.

In lieu of flowers, please consider donating to the Craig Kruse Memorial Fund.