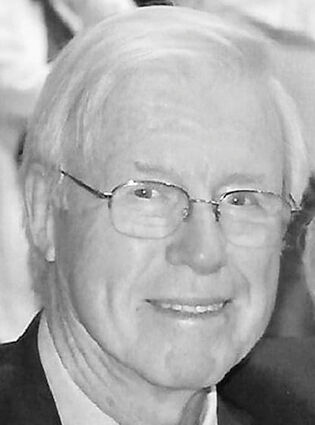 Wayne was born in a Chicago home near Midway Airport in 1934 to Clarence and Lillie Bryan. He attended public schools. Wayne was the salutatorian of Calumet High School Class of 1952. He then went on to Illinois Institute of Technology in Chicago on full scholarship. He graduated with a bachelor's degree in architecture and city planning with distinction in 1957.

Wayne met the love of his life, Carol Ann Claussen, at "Luther League," a church youth function. They married in 1956. They just celebrated 66 years of happiness in June by taking a river cruise through Europe.

His first job was with A. Epstein and Sons architectural firm in Chicago. He designed and built many great projects, including the Abbey in Lake Geneva, Hyatt Hotels, Playboy Clubs, religious structures, Nairobi Embassy and the state of Illinois building in Springfield. Wayne also was project architect for the United Airlines terminal at O'Hare International airport. In 1986 Wayne began Bryan Associates Architecture firm in Hinsdale. Over the next 15 years he and his son remodeled and designed more than 500 homes in the west-suburban area of Chicago.

Wayne was also happy to volunteer in his profession and other areas. He was the national president of the Society of American Registered Architects, on the church council for Christ Lutheran Church of Clarendon Hills, Committee of 100 and on the advisory board that recommended changes to the Hinsdale zoning code. Wayne also volunteered his time at their Florida retirement community in Heron's Glen, sat on the building review committee, built sets for theater plays and upgraded Heron's Glens amenities, applying his extensive architectural experience.

Wayne was an avid gardener and watercolor artist who enjoyed playing cards and board games. He loved to continue to improve his skills on the golf course.

Wayne was preceded in death by his son, Jonathan; his two brothers, Arthur and Richard; his sister-in-law, Lori; and his nephew, Robert Whittington.