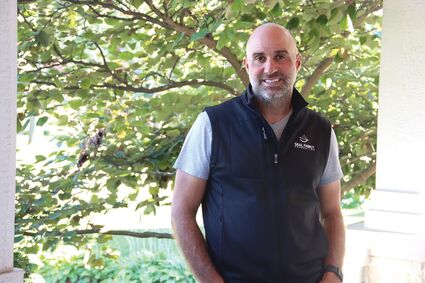 There's hardly a football field, baseball diamond or basketball court in or around Hinsdale where Craig Cassell hasn't coached a game. Supporting kids is important to Cassell, and not only his own.

The father of three is one of 13 people from across the country to serve on the SEAL Family Foundation Board, leaders of a nonprofit that supports U.S. Navy SEALs and their families through training, service, deployment and beyond.

"We are the primary funder of SEALKIDS," Cassell said, which helps children of these highly trained military with services such as behavioral counseling, anxiety management, help with learning challenges and diagnostic testing for conditions that could be contributors to a SEAL child's difficulties. SEALKIDS also offers enrichment such as outdoor leadership schools designed to instill confidence and offer adventure, along with a chance for children of SEALs to meet children from other SEAL families.

Founded in 2008, the SEAL Family Foundation supports a host of other programs for SEAL families and SEALS themselves from across the country and around the world.

Men who wish to become SEALs undergo two months of intense preparatory training, including a battery of demanding physical and mental screening tests before entering a rigorous six-month Basic Underwater Demolition/SEAL (BUD/S) training program that is often said to be the toughest in the U.S. military. These months away are tough on these men, as well as their families, Cassell said. He said training, however, is just the beginning. Navy SEALS are frequently deployed to the most dangerous situations faced by the U.S. military.

"It's a very arduous journey both mentally and physically," Cassell said. "It can be just as trying on the spouse and the children as it is on the actual operator."

Cassell said he became involved with the Foundation after a college friend became a SEAL. He promised his friend he would support him. Instead, he found a way to support every SEAL, past

Cassell said he's proud of the fact that more than 90 percent of the money raised by the foundation goes directly into programs supported by the organization.

He became a member of the board in 2012, and he's served as board secretary for several years. His commitment requires at least two cross-country trips a year, to board meetings in Virginia and California. Other meetings are held virtually.

There also are fundraising events to attend, which include galas, golf outings and other activities held to support the Foundation. Cassell said he enjoys the opportunities to meet his fellow board members and to honor the country's SEALS.

Cassell said Hinsdale is home to a handful of retired SEALS, and he owes them a debt of gratitude for the opportunity to live peacefully in a town he and his family have called home since 2014.