What they did on their summer vacation 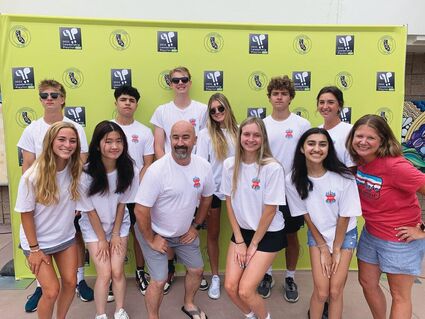 Hinsdale Central High School Spanish teacher Tonya Walery has been planning a summer trip to a Spanish-speaking destination for years, only to have the last two trips canceled due to COVID-19.

This summer, her trip finally happened.

Walery and a fellow teacher traveled to Mexico in July, where along with taking time to enjoy a bit of resort life, Walery took in the ancient ruins of Chichén Itzá and the culture of the Mayan people. It was a bucket list trip for Walery, who has taught Spanish at Hinsdale Central since 2005.

The resort at Riviera Maya provided Walery with luxury and relaxation, but the area's strong Mayan culture provided a look into an ancient world - a world she teaches her students about but had never seen herself.

"It's one of the seven wonders of the world," Walery said of the pyramid that is part of the ruins. Based on the calendar, the pyramid has four sides to represent the four seasons and 365 steps. Twice a year, during the spring and fall equinox, the sun creates an illusion on the pyramid that draws people from all over the world.

"It looks like there's a snake crawling down the pyramid," Walery said.

While she wasn't there for the equinox, Walery said she was fascinated by the pyramid, which was built more than 1,000 years ago, long before the existence of machinery.

"It was great," she said. "When you see it, it's kind of breathtaking. It actually becomes real."

Walery walked through the court where Mayans played Pok A Tok as far back as the 10th century. A cross between soccer and basketball, the game was played for fun, but also as a way to settle conflicts.

"The losers would be sacrificed and that would be considered an honor," Walery said.

Walery also took time to experience the area's freshwater sinkholes known as cenotes, considered sacred water by the Mayans, and the trip gave Walery a chance to speak Spanish. Those skills, however, weren't of much use at Chichén Itzá, where Spanish is a second language for most people.

Walery said she's eager to share her experience with her students as she begins her 24th year of teaching.

"Whenever I can go in and tell students firsthand what culture is like, it always feels more authentic," she said. Now, Chichén Itzá is more than a place that her class reads about in a book. It's a place Walery herself has experienced.

The annual California Association of Directors of Activities leadership camp has been part of Hinsdale Central athletic director Dan Jones' summer routine for more than a decade. The tradition continued this July when Jones, along with activities director Sally Phillip, accompanied 10 Hinsdale Central students to the event in Santa Barbara.

Jones said this was his 10th trip to the conference, which brings together faculty and students from all over the country to share ideas and learn how things like homecoming and pep rallies are done in other schools.

The adults and students convened nightly, Jones said, to talk about what they learned during the day and what ideas they might take back to Hinsdale.

Jones said he brought home ideas for recognizing the small accomplishments of students and staff.

"Our students do some awesome things," he said. Using social media, he hopes to share stories about the good that students, including student athletes, do throughout the year.

As athletic director, Jones oversees 31 varsity sports and about 1,500 events every school year, leaving little time to spend talking with individual students. He said the summer conference is a welcome opportunity to get to know a select group of student leaders.

"I enjoy spending time with students in a smaller group," he said. 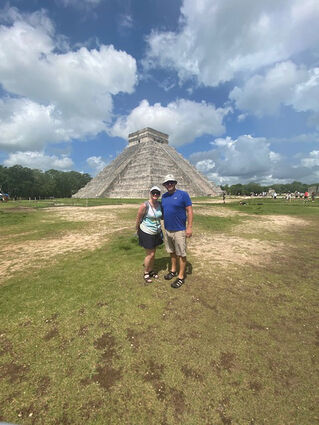 After attending virtually last year, Phillip said she was happy to be back in Santa Barbara for this summer's conference. She said it also was another step toward normal for the student leaders, many of whom have little experience with in-person student events due to COVID-19.

"I think the kids learned a little more about having to put themselves out there," she said, and how to motivate their classmates to get involved.

"It's a really cool opportunity for our students," Phillip said, and a way for Central's student leaders to get to know one another better.

Editor's note: This is the first in a two-part series.