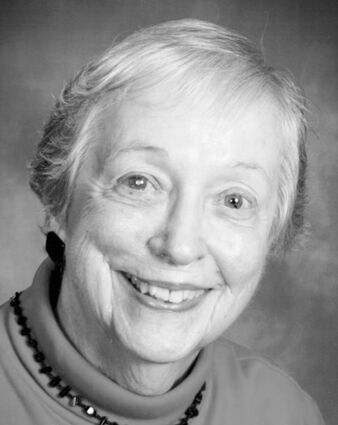 Mary Catherine Yost, 89, of Hinsdale passed peacefully in her sleep the morning of Aug. 2, 2022.

She was born in 1933 in Joliet to George and Catherine Comerford. As a full-blooded Irish-American, Mary proudly celebrated her heritage. Her great-grandfather George Comerford immigrated to the U.S. and was one of the original founders of Minooka. A business and railroad pioneer in Illinois, he is credited with bringing a general store, post office and rail line to Minooka.

Mary trained as a medical technologist at St. John's Hospital in Springfield in a program coordinated with St. Francis Academy in Joliet. She worked in the lab for a few years, until choosing her highest calling to work at home, raising her children for 26 years.

Mary diligently studied, tested and maintained board registration with the American Society for Clinical Pathology for 50 years and was recognized for her leadership of 4-H youth organizations. During the last four decades, she was an active member of St. Isaac Jogues Parish in Hinsdale.

Herman and Mary explored, worked and lived throughout the U.S. with their children. After retirement, they traveled the world and especially enjoyed natural places, national parks, and wildlife and learning about the history and arts of diverse cultures.

After health changes limited her mobility, Mary continued her active prayer life and pursued her interests through reading publications and watching films.

Her family is grateful for her dedicated caregivers and the benevolence and affection of her neighbors in her later years. Mary's children will always remember and honor her vitality, patience, adventuresome spirit, curiosity, generous laughter and other traits that have inspired and challenged them.

She was preceded in death by her husband of 53 years, Herman, in 2009; and her brother, Edward (private first class, died in post-World War II Japan in 1947).

She is survived by her five children, Helen, Joseph, Catherine, Edward and Martin; her four nieces; her 13 grandchildren; and her seven great-grandchildren and their families.

Services and interment are private. Mary donated her body to medical science research through the Anatomical Association of Illinois.