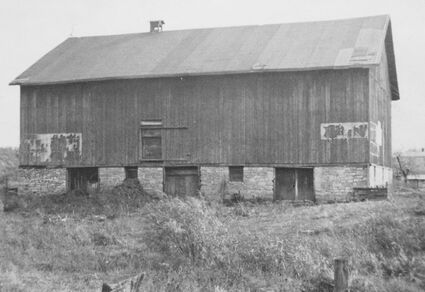 Say cheese - This photo in Sandy Williams' book, "Images of America - Hinsdale," shows on of the barns on Walker's farm, which was located near Ayres and Garfield avenues. "In addition to raising crops and livestock, Walker became one of Illinois' first cheese manufacturers. This barn likely housed the factory, producing 100-pound cheeses that were shipped to Chicago and beyond. Walker experimented with various methods and products and his farm became well-known. Recognized by the US government as a 'model of agriculture,' the farm was visited by Japanese students in the 1870s studying American farming methods."