For Central coach, summer is for soccer 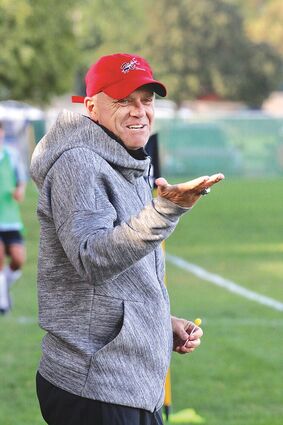 For many teachers, summer is a well-earned time to relax, recover and recharge after a busy school year. For Hinsdale Central High School teacher and soccer coach Mike Wiggins, the end of the school year is just the beginning.

Wiggins started his Five Star Soccer Camps in 1994 at Hinsdale Middle School, attracting about 60 young players eager to learn the skills of the game. That first camp took place in the winter but quickly became a summer tradition for Wiggins and the hundreds of children who attend his camps each year.

"That's when it all started and it's just been going ever since," he said.

Wiggins played soccer while earning his teaching degree at Illinois State University. Degree in hand, he took a teaching job at Hinsdale Middle School and spent a summer playing with the Chicago Power team.

When the team's general manager asked him to run the organization's youth camps, Wiggins merged his teaching skills with his soccer abilities to introduce the next generation of players to the sport.

Twenty-eight years after that first camp, Wiggins remains at the helm of Five Star Soccer Camps. He drops by a camp now and then, but Wiggins said most of his work with Five Star takes place off the field.

"There's a lot to be done that needs to be accomplished behind the scenes," he said, including hiring, scheduling and answering parents' questions.

He leaves much of the teaching to his staff, some of whom are former campers themselves. Some work the entire summer, while others spend a week or two with Five Star.

"I basically give them the insight and the direction that's come from many years of running camps," he said. Wiggins said he's careful to choose coaches who share his commitment to

This summer Wiggins and his staff held 22 camps in 17 locations throughout the Chicago area, teaching kids ages 5 to 13 the basics of soccer and what Wiggins hopes will be a lifelong appreciation for the sport. But he understands that not every child who attends one of his camps will fall in love with the activity.

"Soccer might not be for everybody, and that's OK," Wiggins said. "The majority of kids that we reach are kids that have not made that full commitment to soccer being their choice."

For those kids, and even for those who might go on to play in high school and college, Wiggins said Five Star is about providing a positive experience and positive memories.

"It's an encouraging environment," he said.

Rather than looking for mistakes to correct, Wiggins said his coaches are trained to reinforce what each 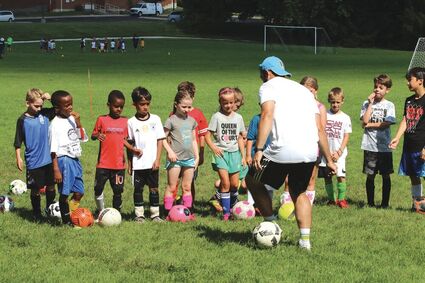 Wiggins said he's committed to making Five Star a positive experience for all, including those who don't have the chance to attend one of his camps.

Having a Ball is a program within Five Star that provides soccer balls for kids around the world. Campers are given the opportunity to donate a new or used ball for the program.

Over the years Having a Ball has provided more than 1,000 soccer balls, many of which went to O'Brien School in Tanzania. Wiggins brought not only balls, but the Five Star camp to the school three summers ago.

"It's all about a child having a ball," Wiggins said, whether that child is in Hinsdale or across the world.