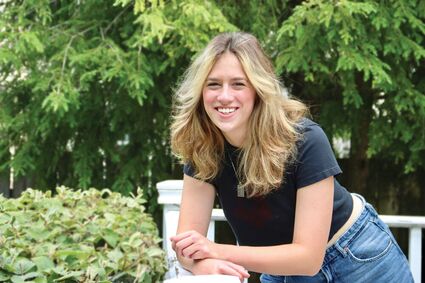 Long before she took her first engineering class at Hinsdale Central High School, Grace Deane knew a thing or two about using science to make life easier. Tasked with keeping her family's upstairs bathroom stocked with tissue, a much younger Deane used a basket and bungee cord to fashion a makeshift dumbwaiter to do the job.

"I would dump all the toilet paper in there and then walk upstairs and pull the cord," she said.

Now a senior at Hinsdale Central with several engineering classes behind her, Deane spent part of her summer furthering her knowledge and skills as part of the ComEd EV Rally. The event involved 30 young women from throughout the Chicago area, each with an interest in science, technology, engineering and mathematics. The girls were divided into six teams and tasked with designing and building an electric vehicle.

Deane said she first heard of the EV Rally on the radio. After answering four short questions in an online application, she learned in mid-June that she had been accepted.

"I've always been pretty interested in STEM," said Deane, who has childhood memories of watching episodes of "Myth Busters" and "How It's Made" with her dad. "I just love to build stuff and to see how it works."

Assembly of the electric vehicle took place during four workshops. Each team was provided with blueprints, instructions and a mentor to guide the process. Along the way the teams also performed STEM-related challenges, such as creating a circuit using a particular set of items or answering physics questions, Deane said.

The tasks were all in preparation for race day, which took place at the Museum of Science and Industry Saturday. Deane said the chance to learn and use engineering skills with other females as a member of team Orange Flare was a unique, pleasant and rewarding experience.

"Sometimes the guys make you feel left out," said Deane, speaking to the fact that men far outnumber women in STEM classrooms and the STEM workforce. The young women on her team, as well as the female engineers and interns who assisted with the ComEd EV Rally, were encouraging and served as examples of what women can do in the STEM field, Deane said.

Dean's EV team was tied for the win after the race portion of the competition. After a tie-breaking science quiz, Orange Flare placed second.

"I had a lot of fun," said Deane, who also received a $2,000 scholarship to help her pursue her STEM goals.

Along with engineering skills and a peek into her future, Deane said the EV Rally was a lesson in teamwork and a chance work with people she may otherwise never have met. She said she even found opportunities to be a mentor herself to younger members of the team.

Deane also attended a STEM camp at the University of Notre Dame this summer and an all-women's computer science camp at University of Texas Austin. All three helped to solidify her plan to pursue engineering in college and beyond.

"I can do something big with engineering," she said.