Sailors complete the Race to Mackinac 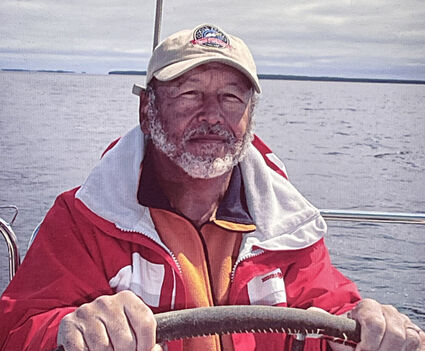 The six-man crew of the Winnebago included Hinsdale resident Jerry Thomas, his son-in-law and his grandson - three generations of sailors embarking on the world's longest freshwater sailing race.

Jerry Thomas' 42nd Race to Mackinac is another for the books, and one that he and the crews of all 242 vessels that embarked on the annual race from Chicago to Mackinac Island, Mich., aren't likely to forget.

"It was very challenging," Thomas said upon completing the trek.

He said the crew of the Winnebago worked against three bouts of high winds that peaked at more than 70 miles per hour, as well as heavy rains and thunderstorms.

Thomas said the goal of the six-member crew shifted from speed to safety, and in the end, they achieved both.

"We were all safe, and in this race, that's a success," Thomas said.

The Winnebago finished the 333-mile race in less than 46 hours - not far from Thomas' fastest finish of 35 hours.

The race held yet another reward for having weathered the weekend's storms. Once the clouds parted, Thomas said he and the crew enjoyed a crystal clear view of a star-filled sky over Lake Michigan.

"It was very pretty," he said.

The 2022 Chicago Yacht Club Race to Mackinac began Friday, July 22, continuing its tradition as the longest annual freshwater sailing race in the world. Sailors come from all over the globe to face the challenge of Lake Michigan's unpredictable weather and the competition of fellow sailors.

The unpredictability of the race is part of what keeps sailors like Hinsdale resident David Anderson coming back every year. A boat's starting position, the weather and the proximity of other vessels are just a few of the many factors that can affect the outcome of the race. Even after 35 races, every experience is different and every race is an adventure, Anderson said.

At nearly 70, Anderson was the oldest member of the 15-member crew aboard the Sagamore and one of three men from Hinsdale. Hinsdale residents and brothers Michael and David Phlamm also were aboard the Sagamore, using their own years of experience and skills to guide the boat toward Mackinac Island.

The 68-foot yacht finished its journey in just over 43 hours, placing 7th in its section and 17th in its division.

This was the third Mac race for Michael and the first for his brother, both of whom saw their father and grandfather enjoy the sport for many years before becoming sailors themselves.

"There were a lot more things that could go wrong with the big storms coming through," he said.

He said the timing of the storms left the Sagamore trailing in the calm after the storm, resulting in a ride that was longer than he had hoped.

"We were a hair behind when the wind decided to die," he said. But in the end, Phlamm said his third trip to Mackinac was a success.

"We all made it to the Pink Pony," Phlamm said, speaking of the bar where sailors traditionally celebrate upon completing the race.

Anderson said the camaraderie among the crew and the fun that waits at the finish line keeps him coming back every year.

Like most sailors, he allows himself a day or two to celebrate and unwind on the island before heading back home. 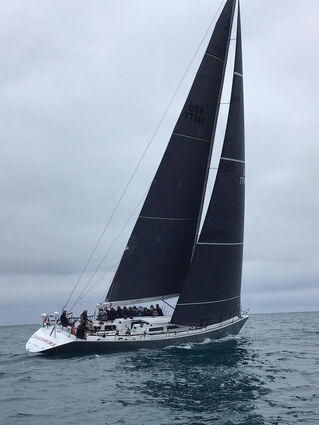 The 15 members of the Sagamore crew range in age from 17 to 70. Crew members worked in four-hour shifts and took time in between to rest. (photos provided)

With more than 25 races to each of their credits, Dickerson, Anderson and Thomas have all earned the title of "island goat" - a term reserved for sailors who complete the Mac Race 25 times or more.

At nearly 80 years old, Thomas said he has enough wind in his sails for several more races across the lake.

"I'd like to get up to 50," he said - a feat accomplished by only a handful of sailors throughout the Mac's long history and one that would earn him the title of "Double Goat."

Meanwhile, the Chicago sailing season continues, with races scheduled through the end of September.

"We do just about every race that's in the Chicago area," Phlamm said.

But the longest, and perhaps the most exciting, is over until next summer, when sailors young and old, new and seasoned, will once again make their way to Mackinac Island.